A presentation and panel on what Critical Race Theory is and how it is relevant to Hamline students occurred during the Hedgeman Center’s social justice week of events. 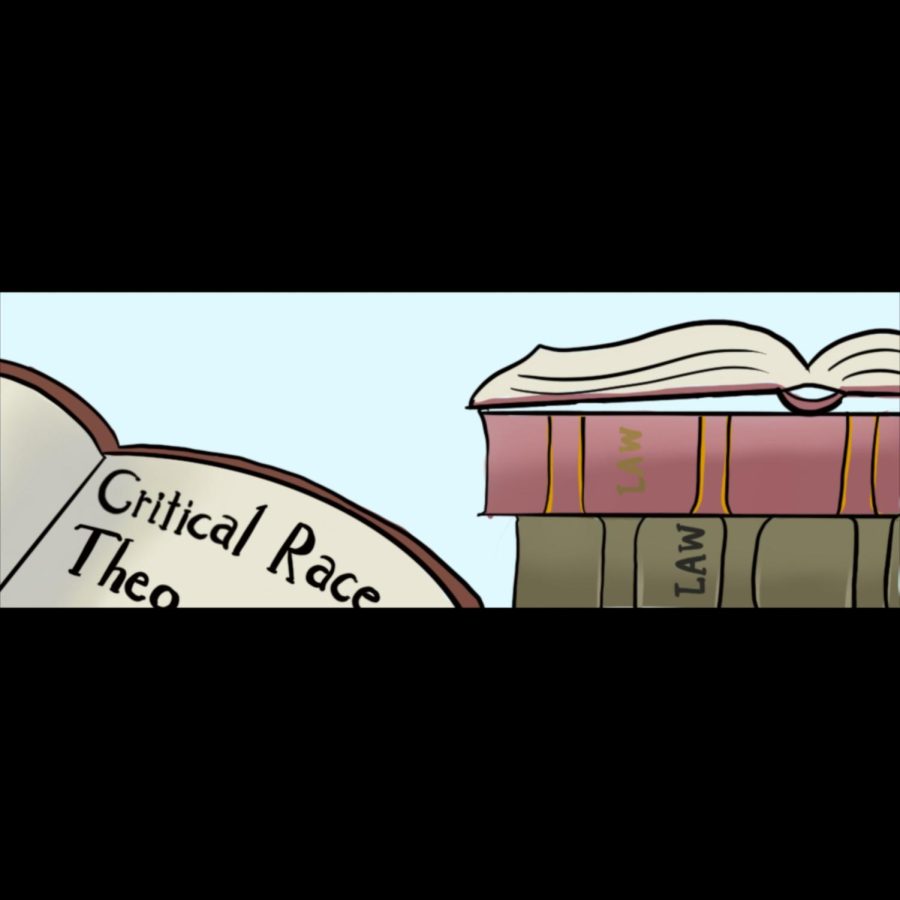 On the third day of the Hedgeman Center’s social justice symposium week, Anderson Center held space for a conversation on Critical Race Theory (CRT) and its relevance in law today. This conversation featured a presentation by Dr. Etienne Toussaint from the University of South Carolina School of Law, and a Q&A panel of three scholars. The panel included Professor Ana Pottratz Acosta, associate professor from the Hamline Mitchell School of Law, Dr. T. Anatsi Wilson, assistant professor of Law at Hamline Mitchell School of Law and Hamline University’s very own Dr. Ryan LeCount, chair of sociology.

Toussaint began his presentation with background information on how enslaved people in the U.S. were systematically forced into the sharecropping cycle of poverty, which is how the Bailey v. Alabama case of 1911 was first brought to court. It is through this first case that Toussaint is able to build the foundation for his argument that CRT is a vital lense to be included in the practice of law, and has only been around since the late 20th century.

“We don’t really do a good job in law school about teaching the relationship between law and culture,” Toussaint said. “Having more conversations about law and culture can help students and then also communities in general to understand in a more fundamental way how laws are made.”

While the concepts of CRT can be loosely applied to other areas of academia, such as education, it is largely misunderstood to be more than perspective that law scholars use in their studies.

“I find myself when dealing with this trying to decide whether or not it is useful to argue about: no, no, no, no, this isn’t really critical race theory, because that’s the case, it so often gets all this other stuff when there is really no connection to this very narrow set of legal claims,” LeCount said.

Toussaint referenced the most recent nomination of Judge Ketanji Brown Jackson for the Supreme Court and how her advocacy of CRT became an intense discussion due to the misunderstanding that surrounds what CRT truly is.

“We just had this debate around whether we should nominate Judge Ketanji Brown Jackson… so many of the conservative senators, they started out the conversation by saying ‘she’s wonderful, I love her, she’s qualified, but I can’t support her,’ so you see the politics immediately coming in,” Toussaint said.

The three panelists that followed Toussaint’s presentation were facilitated by Dr. David Everette, Associate Vice President of Inclusive Excellence. One of the questions the panelists were asked was how to neutralize the conversation around CRT to create a more productive conversation.

“What really neutralizes that is coming at people with facts and trying to be patient to the extent that you can, demystifying it, and making people understand that it’s not as scary as people think it is,” Acosta said.

Educational opportunities such as this conversation are one of the ways in which Acosta references the “ demystifying” abilities that come with education. The Hedgeman Center’s aim for their social justice week symposium is to do exactly this.

“I always encourage students to attend even if it’s for a little bit, it’s always beneficial to hear or see what was going on and sometimes they’re just fun events, but sometimes they’re topics that are really important topics that need to be talked about,” Hedgman Center employee Brandy Sanchez Dominguez said of the week of events.

For the complete calendar of events during the Hedgeman Center’s social justice week and to sign up for the weekly newsletter they produce, visit their website on hamline.edu.