The event featured cultural dances, food and an infectious energy of multiculturalism and inclusion. 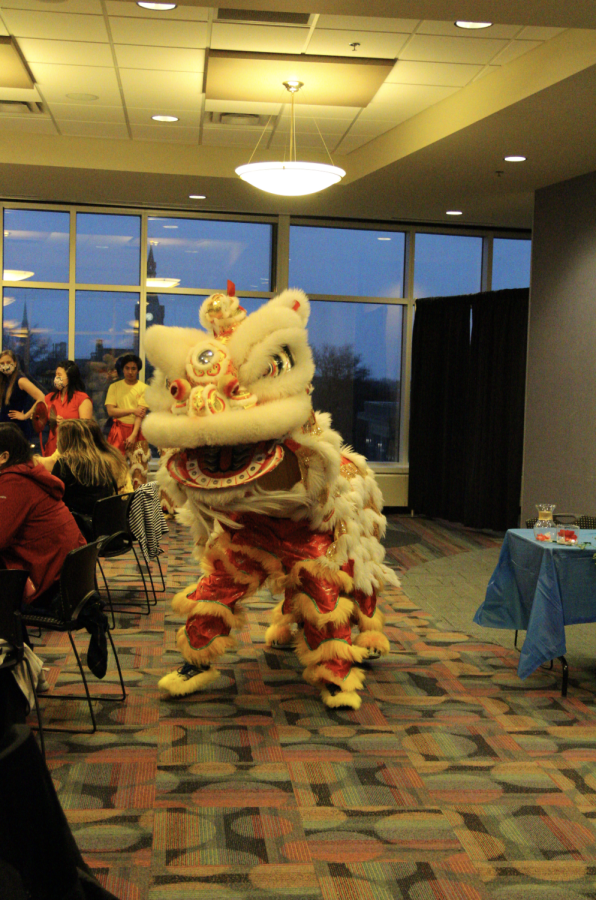 A night filled with food, displays and demonstrations of cultural rituals and dances. Last Saturday, Hamline’s Hmong Student Association in collaboration with other multicultural organizations on campus hosted a Night Market event. The event was an opportunity for students to see a variety of traditions from around the world.

Yee Thao, a senior and President of the Hmong Student Association (HSA) talked about the work that was put into making the event happen, including how unpredictable weather caused the event to change locations last minute.

“Originally it was supposed to be on alumni way…but with the rain and forecast of [Saturday] we are moving it to Klas,” Thao said.

However, Thao was still excited the event would be taking place, even if it was now indoors.

“I am excited that, although it is not in the original kind of location that we want, that it is still happening,” Thao said.

Inspired by the Little Mekong market in Saint Paul, HSA invited other members of the multicultural alliance (MA)—a coalition of student run orgs that are primarily centered around international students and students of color—to help in further diversifying the event.

“If HSA was to do it alone, to us it wouldn’t make much sense cause it’s just like a Hmong New Year but outside. So that’s why we wanted to incorporate the MA orgs, to make it more of a Night Market,” Thao said.

Outside of Klas were various food trucks, featuring cuisines from around the world. The Klas Center’s top floor ballroom housed tables and chairs where attendees could sit and enjoy their food while watching the performances. Those performing included the Ha Family dance troupe, who performed a Chinese Lion Dance, and Kalpulli KetzalCoatlicue Aztec Drumming and Dance, who showcased a cleansing ritual and a number of different traditional dances.

Ellie Liew, sophomore and Co-President of FUSION, said that seeing the cultural dances were especially meaningful, which she relayed in an email interview.

“As a Chinese American it was so awesome to see that part of my culture shared with part of our community,” Liew said.

The importance of the event was not lost on its attendees.

“Events like these are so meaningful. It’s important that we take time to make space for the diverse identities on our campus.This was a great way to celebrate them while supporting local BIPOC businesses,” Liew said.

If you are interested in getting involved with the Hmong Student Association or any other Multicultural Alliance organization, visit hamline.edu/offices/hedgeman-center/student-org-alliance/.