Recruitment: More than selling a team

Each year Hamline football goes through an in-depth recruitment process for the next incoming class of Piper athletes that focuses on creating relationships rather than empty promises. 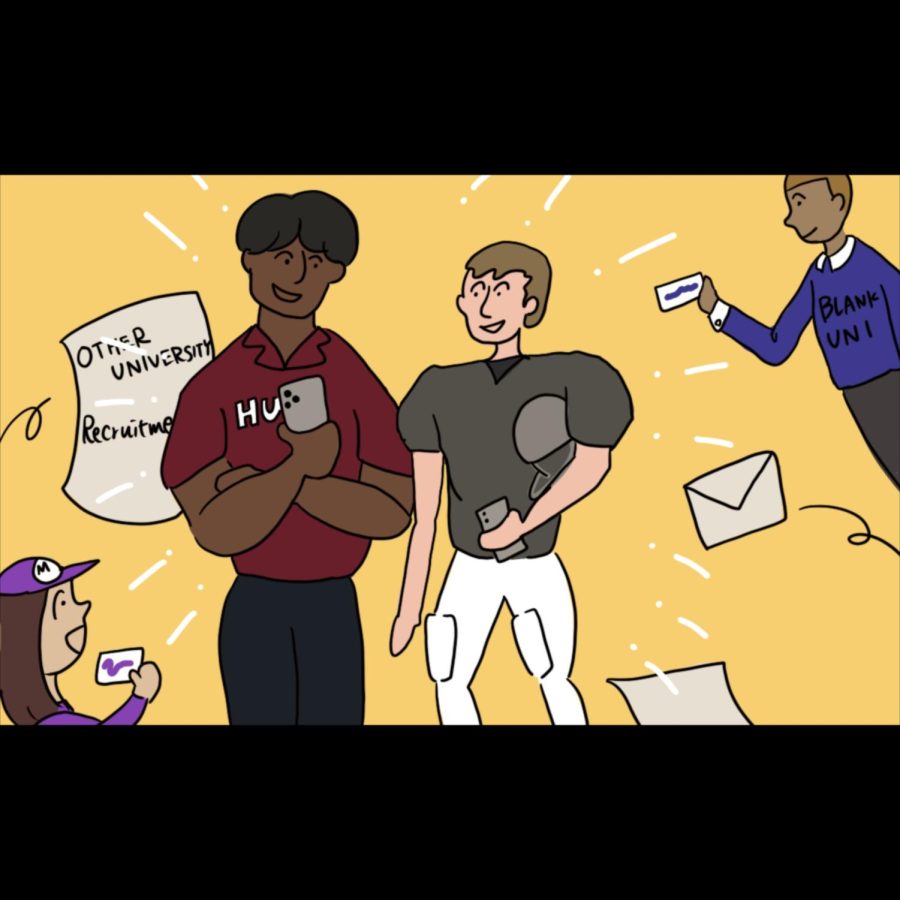 At eighteen years old, a potential college football player is talking to multiple different schools trying to figure out where they will be playing and going to school for the next four years. It could all start from a random email, or a coach coming to watch their game. Meeting different teams, different coaches and different staff, it is hard to tell the difference between one school as compared to another. What sets Hamline apart from the other schools? Persistent coaches who are committed to building relationships.

For Junior Melvin Kuegah-Chouchouda, his recruitment was born from an email.

“We would get invited to visits, coaches were really persistent. I would get texts from Coach T, I got texts before every game, they would check in with my parents, just making sure you were good you could really tell how bad they wanted you to play here,” Kuegah-Chouchouda said.

For football recruitment, before a prospective student even gets to the admissions office, they are first assigned to a specific coach from the team. This person is the area coordinator and is there to check in and keep up with you. Each coach on the football team’s staff is assigned specific parts of Minnesota as well as the United States. After the initial contact has been made with the football team, the standard admission meetings take place.

“In December, the head coach started texting me. Then my area coordinator started texting me about what I wanted from a school and just getting to know me,” Junior Zach Griebel said. “I came on an official visit and met a bunch of guys on the team. The coaches really seemed like they cared about me. I went on other schools’ visits and I just kept thinking ‘I like Hamline more.’”

Each recruitment process has an end goal: to get the prospective student to commit to the school and the team, which is what most teams lead with.

“Out of all the schools, they were the only one who was reaching out, asking how I was, how my grandma was, instead of just ‘hey what’s your plan,’” sophomore Caleb Lueders said.

The text exchange was what sealed the deal for many of the players on the roster today.

“Other schools wouldn’t reach out to you or your family as much because they had tons of other kids they were recruiting. You could actually talk to the Hamline coaches about stuff before you even got here,” Kuegah-Chouchouda said.

The Hamline coaches are well aware that your time in college is more than the final score on the scoreboard.

Once the prospective students make their way through the recruitment process, they turn around and help get the next class excited about what Hamline could supply for them.

“I love recruiting because I have seen firsthand how amazing people get treated here and what it has done for me.” Griebel said. “I know people will get treated the right way, and when we do get them to come here, we get to put our money where our mouth is. Our biggest selling point is the people, and that’s not a selling point –we just have to be ourselves.”