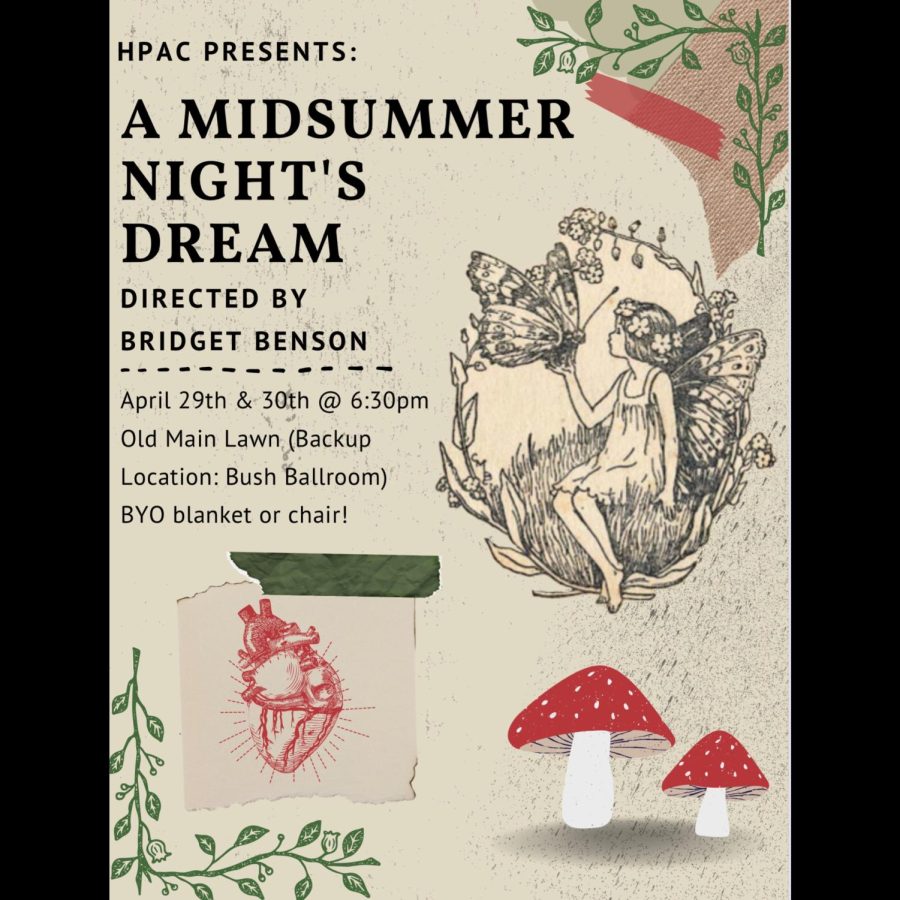 For those unfamiliar with the fledgling group known as Hamline Performing Arts Community (HPAC), they are a new student organization independently producing quality theater on campus. To finish off the semester, HPAC presented their performance of “A Midsummer Night’s Dream.”

With a growing desire amongst students for enriching experiences and opportunities on stage, some students have looked beyond the Theater Department for fulfillment. Thus, HPAC was created to develop productions that spoke to the concepts that students would be excited to perform.

“I can’t speak enough for how much they [the cast] have put into this show,” director and senior Bridget Benson said.

A theater major herself, Benson helped shepherd a wonderful cast and crew whose enjoyment of their show was evident on and off the stage. Beyond directing, Benson performed in the show as the character Tom Snout. Other participants spoke proudly of what HPAC has created.

First-year Logan McGaheran who portrayed another lead, Lysander, in the performance echoed this sentiment.

“[The] best experience I could have only dreamed of,” first-year Logan McGaheran said. It was hard for both actors to hide their pride for the production.

“It doesn’t matter where we do the show, because the show is us,” Benson said.

For Shakespeare snobs, do not fear. The cottagecore concept tastefully elevated the themes and performance. As an audience member, all you were missing from watching the performance was a cozy cardigan and hot herbal tea in your favorite mug.

As “A Midsummer Night’s Dream” was originally a comedy written in the 16th century, there was preconceived concern on whether the jokes would land or not. I can assuredly say that they hit hard. I personally witnessed an audience member rows ahead of me keel over in their seat at the stellar performance of senior Donald Birttnen as the renowned Nick Bottom. Truly a highlight of the night.

The show delivered a seamless blend of Shakespearean intellectual dialogue and 21st century broken humor, leaving the audience reeling. A well deserved shout out for junior Cati Varichak who personally invested time and money into creating multiple costumes for the production, and ended up stepping into the roles of Snug and Oberon on the Saturday night performance with flawless delivery.

For student driven theater to continue to happen on campus it needs support from a greater community.

“I want to implore people to invest themselves into HPAC,” Benson said. “I am urging people to be a part of the board, or if they’re interested in being in theater, or even watching theater…show us support.”

To learn more about HPAC, visit their Instagram page, @hu.pac.