A good excuse to eat out Thursday night

Birchwood Cafe to donate 35 percent of proceeds to Standing Rock Cause. 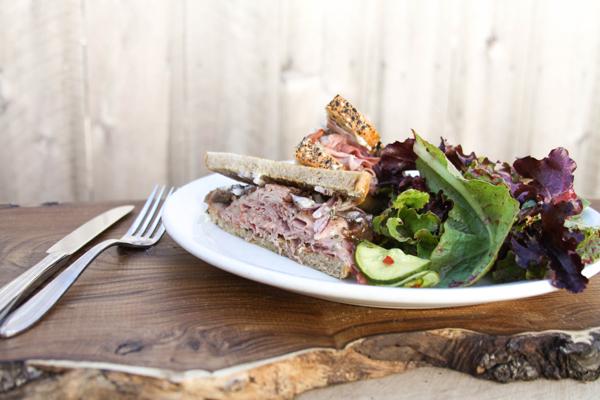 The Ham & Cheese sandwich from Birchwood Cafe, leaving with the Dusk seasonal menu, with ham, white cheddar, rosemary aioli, fig compote, and red onion all on a french seed loaf.

“Ugh, I really shouldn’t… But I don’t wanna eat in Anderson tonight. I need some real food!” One thinks to themselves with dismay, looking forlornly at their wallet knowing that to spend the money on a dinner out would be irresponsible. Yet, the lure of comforting food calls, especially in the hectic times of finals week.

But wait, on Dec. 15 from 5:00 p.m. to 9:00 p.m., there’s a perfect excuse to eat out at Birchwood Cafe that won’t bring on the flood of guilt in place of dessert. Birchwood Cafe will be donating 35 percent of all their proceeds to support Standing Rock’s protest against the Dakota Access Pipeline through Birchwood Boost.

For their recent fundraising, Standing Rock was chosen as their cause.

“Standing Rock has become a global symbol of the struggle to protect our environment,” Swenson said. “Exploitation is the dominant model for our food, water, energy, health and environment policies… [and] this type of exploitation is often swept out of sight, but the Dakota Access Pipeline has sparked a national conversation… We embrace and uphold the indigenous acknowledgment that as human beings, we had a responsibility to steward and protect the land, that all life is interconnected and that water is life.”

The fundraising will specifically be donated to The Water Protector Legal Collective/NL-G Red Owl Legal Collective as legal funds were identified as “critical” due to the attempts of Energy Transfer Partners to fight against the Army Corps of Engineers decision.

The event is a middle ground for dedicated activists to meet with the more minorly involved folk because “everyone eats!” and the only difference between choosing to eat in Anderson that night, digging into the back of the fridge for leftovers, or scrounging out some microwave mac n’ cheese is that eating at Birchwood Cafe will act as a donation to the Standing Rock cause.

The day before this event, the seasonal Frost menu will launch, offering new seasonal dinner choices for everyone whether they are carnivores, vegetarians, gluten-free, vegan or somewhere in between.