Allah-Las determined to be different 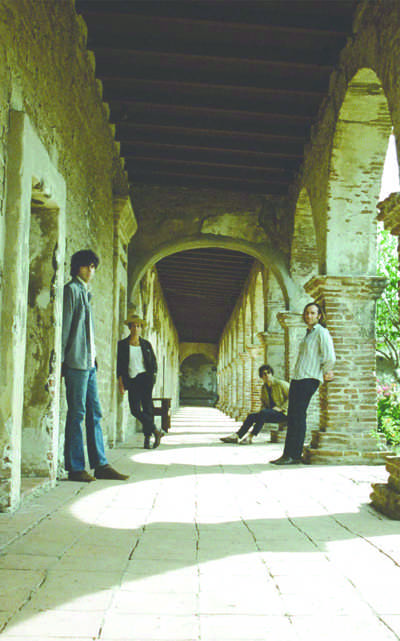 Determined to break out of the mold as a throwback to 60s age garage bands, Allah-Las introduced unique instruments into their most recent album blending violin, harpsichord and Mellotron sounds into their music for their current tour coming to Minneapolis on Mar. 14.

“I think that one of the reasons we started to incorporate new instruments into our albums is that after our first record people—journalists in particular— liked to pigeonhole us as just this throwback 60s garage band,” Spencer Dunham, vocalist and bassist of the band, said. “We like 60s music and so does Dr. Dre. We like a lot of kind of music and it was annoying to be compared to just one style of music that we like, so we started to use new instruments to expand our sound.”

The band formed in 2008, but many of the members knew each other long before they started making music together.

“I went to high school with Matt [Correia] (drums/vox) and Miles [Michaud] (guitar/vox), and we remained friends after high school but never played music together,” Dunham said.

After graduation, Correia was working at Amoeba Music in Hollywood when he introduced Dunham to Pedrum Siadatian.

“We were all music fans before we were musicians,” Correia said. “We’ve spent a lot of time listening to music, and understanding what works for us and what doesn’t.”

The transition to playing music, rather than just listening, came when Pedrum and Dunham connected.

“Pedrum and I each had these bedroom music recording projects, and Pedrum suggested that we start jamming together,” he said. “My parents had a little basement where I used to play music and after a few sessions with Pedrum, we asked Matt and Miles to join.”

After that, they released their first album in 2011, which was nominated for independent album of the year by the A2IM Libbys, and their second LP Worship The Sun followed in 2014.

Their third album, Calico Review, is a shift for them now, featuring new instruments and a diversified sound not previously hosted in their work.

“Like the title suggests, there are a range of influences and styles of songs and while there is something very contemporary about it, it’s an album that an unknowing listener might have trouble placing on a timeline,” Dunham said.

Touring now alongside The Babe Rainbow, they’ll be bringing Calico Review to 23 different spots, including the Triple Rock Social Club in Minneapolis.

“The Babe Rainbow are friends of ours from Australia. They are a powerful three piece of cosmic energy. Their guitarist, Cool-Breeze, will have your ear drums grooving and your bum moving,” Dunham said.

The band’s percussionist, Jeff Luger, is from Minneapolis and will hopefully act as host to show the rest of the band the unique charm the area has to offer. Dunham is hoping to sample some of the more infamous cuisine.

“Hopefully we will get to see the inside of a couple Juicy Lucy’s and the bottom of a drink from Psycho Suzi’s,” Dunham said.

On stage, they’ll be bringing live an album that features their own craft on themes of freedom, grit and melancholy. It’s the first album that draws less from specific influences and more from their personal development as songwriters and arrangers.

The show promises to bring an exciting crowd.

“At one of our live shows you can expect to see the most creative, intelligent, inspirational, sexy, charming and admirable people from Minneapolis and the surrounding cities,” Dunham said.

If anyone thinks their presence is required to achieve that aim, the tickets sell for $15 on Triple Rock Social Club’s website for the 9 p.m. show on Mar. 14.