Lively music at the annual event had people of all ages dancing in front of the stage. 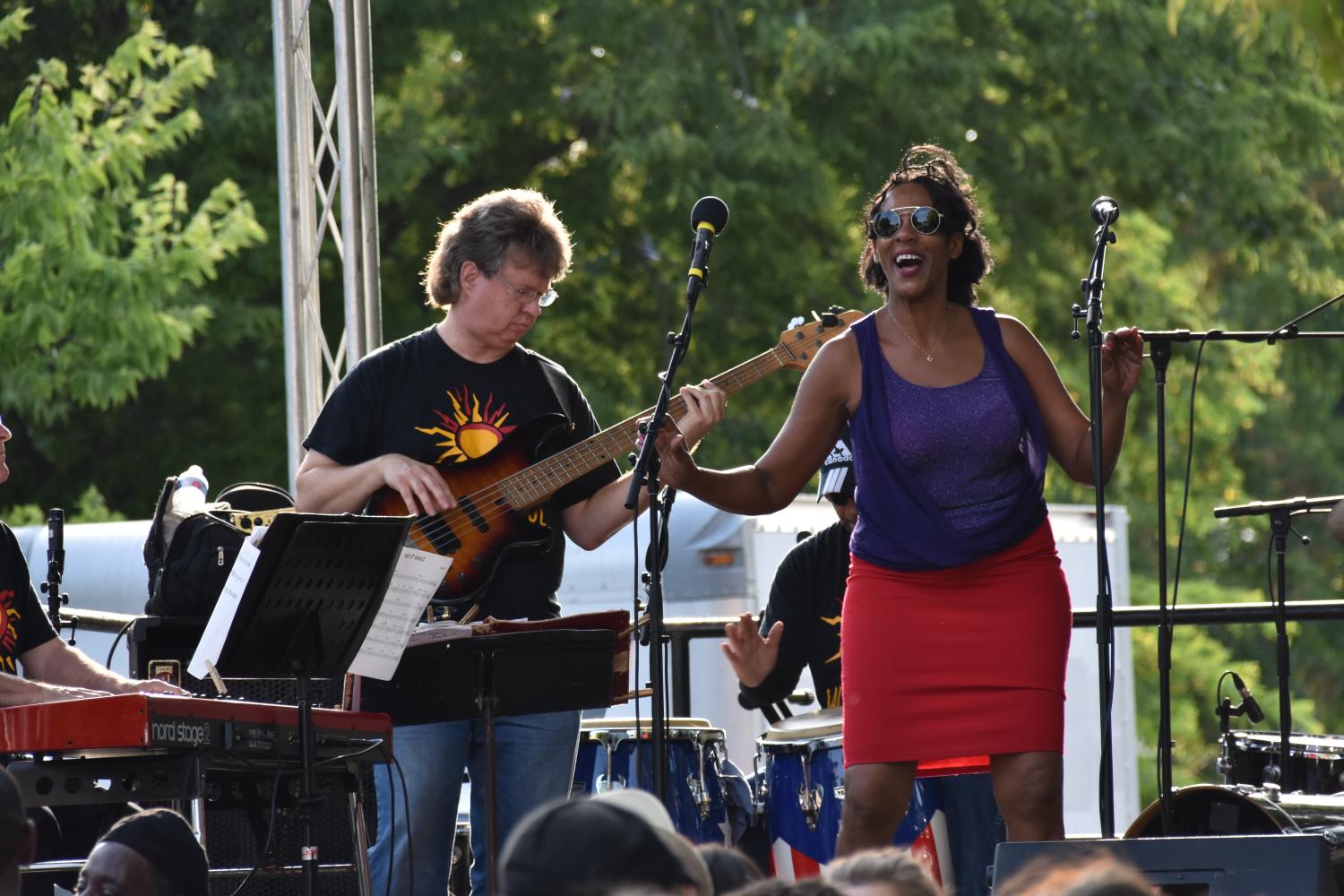 Pop up chairs clustered together in the middle of Selby Avenue made a barrier against a jostling, temporary dance floor for the attendees of the annual JazzFest bopping to the funky sounds of a trombone, trumpet, keyboard, and voice all combined with the din of sizzling street food and chatter.

This isn’t the first year that Selby Avenue has been temporarily transformed into a giant party. This year marked the 16th anniversary of the event that started as a neighborhood block party garnering some 700 people, which now attracted 10 to 12 thousand visitors, according to Communications Director Dave Bonko.

The event is one focused on music, but not just the music. An entire area focused on children’s activities allows parents to stay longer while their kids build wooden projects supplied by Home Depot, a cluster of food truck and vendors fills hungry stomachs, and tables invite conversation about organizations, politics, or which bauble one wants to buy.

“JazzFest is much more than a music event… it’s a testament to the undeniable power as to how the arts can reposition a neighborhood via implementing an arts-based community development strategy,” Bonko said. “To be honest, something way back when we knew nothing about.”

Even as it grows, the JazzFest holds onto that original concept of a neighborhood celebration.

“I’ve heard many times JazzFest described as one big high school or neighborhood reunion,” Bonko said. “And though you may not be part of either, by attending, well…you now are. I think the world needs more of that.”

“This was my first year [and] I thought it was fabulous. I would describe it as one of the best events of the summer,” she said. “The downside is that it was only one day so if a person did not make it they missed a good one!”

From the flavors in the gumbo and beef patties to the bouncing knees on lawn chairs, everything at the event was vibrant and full of an energy perhaps entirely unique to an event surrounding jazz.