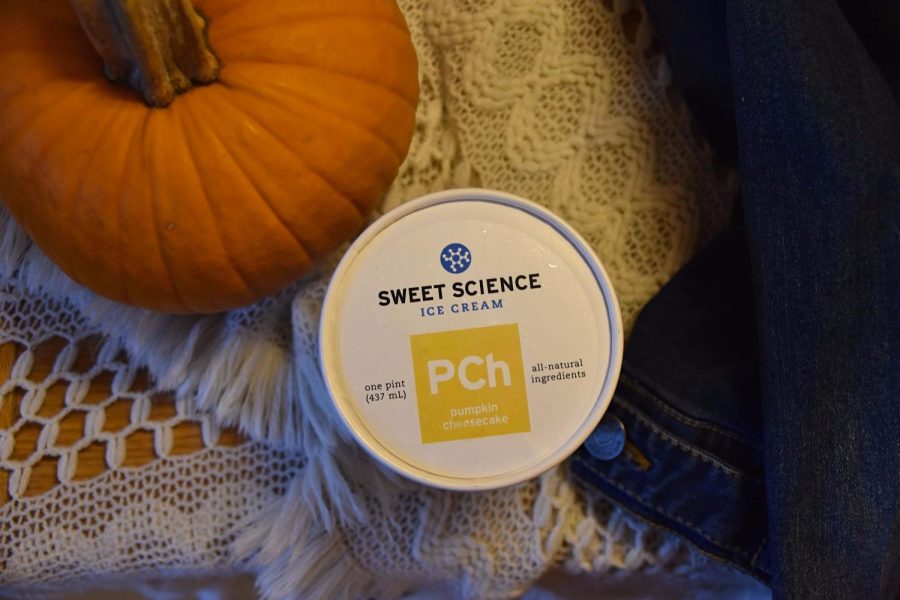 From a realization over a plate of pieces of Turkish lamb at Black Sea restaurant right across the street from Hamline University into the freezer sections of Whole Foods, a small batch and all natural ice cream maker is rolling out more new flavors for the upcoming fall to be featured at another monthly tasting at Tin Whiskers brewery.

Sweet Science Ice Cream is the culinary brain child of Ashlee Olds who grew up in a love affair with ice cream.

But, when it came time for college and work, the idea of doing something with that love for ice cream didn’t happen right away. Olds originally studied computer science and theater, but after two years of constantly watching Food Network and cooking on her own she started to realize that food might be her direction. So, with some partners, Olds opened a restaurant.

“It was the first time that I worked in food and worked for myself and that’s when I found out I loved both those things.”

But, those partners and that restaurant weren’t the thing. Next she met a chocolatier who she began working with whose passion for the singular food of chocolate resonated with her.

“This guy was so inspiring… He loved chocolate, but chocolate does not speak to me at all,” Olds said. “I kind of asked myself, “What’s my chocolate?””

Then a year and a half later, over a plate of Turkish food, the moment hit her.

From there, Sweet Science started to grow. From recipe creation on a home Cuisinart ice cream maker to back and forth conversations to get wholesale approval, Olds constantly had one concept with her ice cream: using real food to make ice cream from the very basic starting points.

So, she hosted the first tasting event six years ago in a friend’s backyard with 11 flavors. Following that success, she began hosting the tastings monthly, working tirelessly and feeling uncertain until the people would try the ice cream, gasp and say, “This is the best thing I’ve ever had.”

Then, people she didn’t know showed up to try the ice cream. Now, these monthly tastings feature collaborations, new flavors, and a cult following that shows up to get their hands on some spoons.

October’s tasting, hosted at Tin Whiskers, is set to be no different. Some flavors, leftover from previous months, are expected to sell out in the first half hour. So, if Sweet Corn Blueberry or S’mores sound good to someone, they’ll need to be prompt.

New for October will be Pumpkin Cheesecake, a swirled two-part flavor of Five Spice Pumpkin made with Penzey’s spices and local roasted pie pumpkins and cream cheese. Alongside the new flavor will be one previously featured: Malted Vanilla which is a basic, but elevated flavor with five parts cream to one part milk, a richer ratio than the typical two to one.

October’s tasting will be on Sunday October 15 from 3 to 6 p.m., but flavors do run out, so it’s recommended to come early if you’re itching for one. Otherwise, there’s plenty of local locations to pick up their flavors anytime. Check their website for a full list: http://www.sweetscienceicecream.com/wheretobuy.