As the new semester begins, students and professors alike have had difficulty printing. 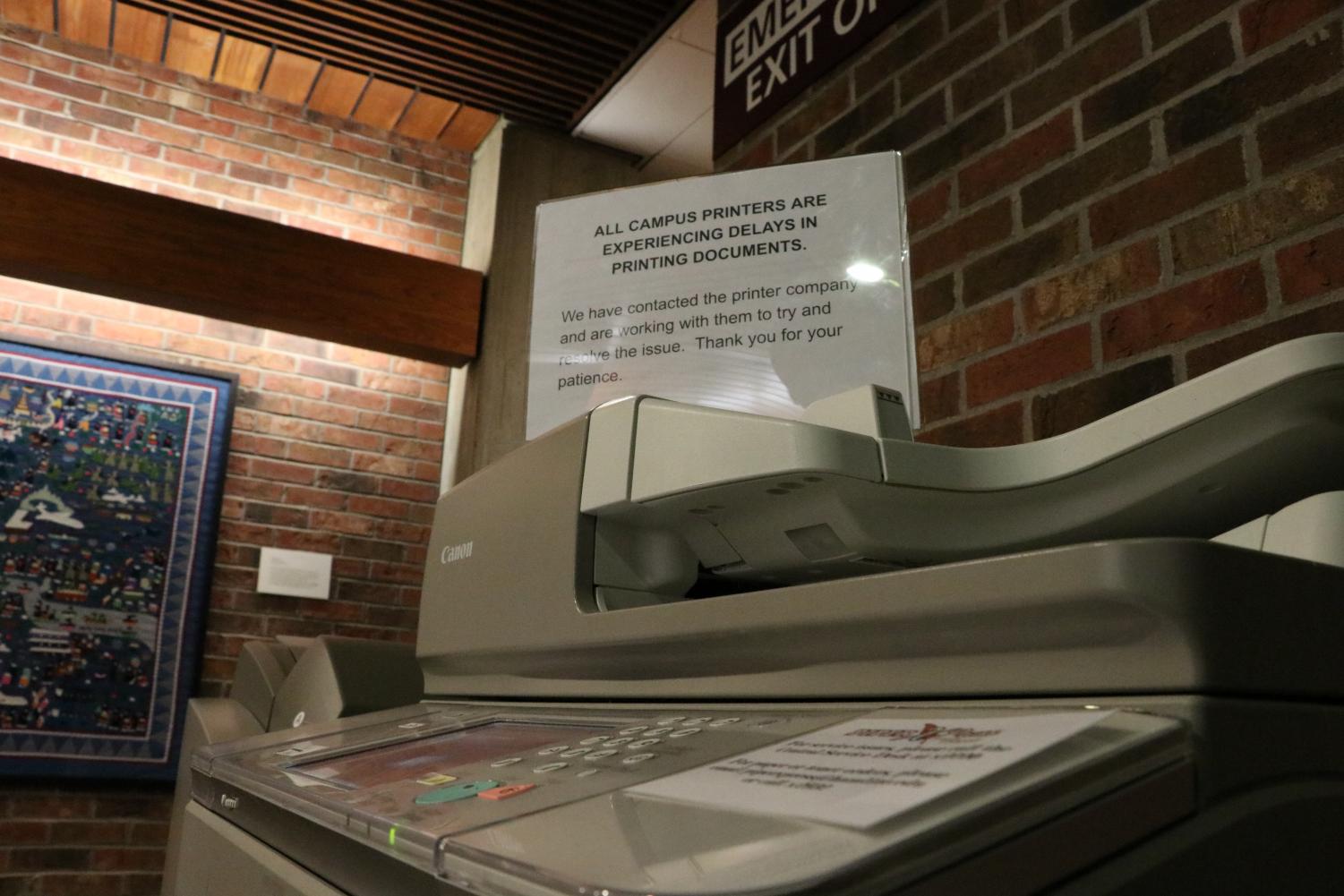 Less than a week ago, on Valentine’s Day, many in the Hamline community took the time to celebrate love in their lives- but one thing students and professors alike have not been feeling the love for this February? The campus printers.

“They’re slow,” junior Jordan Walls said. “They print, like, one page every two minutes. I finished my [class] readings at the printer waiting for it to print… That was my Saturday.”

Senior Jacob Pederson was quick to concur, stating that in his experience, the printers were not just slow- they were failing to print at all.

“Multiple times in the last week I’d try to print something from Google Docs… and [the printer] will just stop and not load anymore,” Pederson said. “It’s not just this past week, [the printers have] been like that periodically throughout my four years here.”

“[The printers have] been kind of iffy,” Altman said. “Sometimes they print without issue, sometimes more slowly. Sometimes they miss things for a couple of hours… I sent something to be printed, and [it didn’t work], and I checked back a couple hours later and it still wasn’t there, so I don’t know if [the printer] deleted it after a while… That was annoying.”

For Professor Katrina Vandenberg’s creative writing class, the printers’ lack of response  prevented students from being able to get hard copies of their first assignment to Vandenberg. Luckily, Vandenberg was sympathetic, as she had been having printing issues of her own.

“I’d been working on the Water-Stone [Review] with my students, and I had to pull a bunch of poems out of the [Google] Cloud,” Vandenberg said. “It was [supposed to be] a routine five-minute thing… It took me 45 minutes. We had contacted IT because we thought it was our printer, but it turns out it was every printer across campus… I know for my [Creating Across Genres] students, because [they had] their first assignment due, and it was a week in [to the semester]… it caused a lot of stress, just because they wanted to get everything done correctly for me, because it was the first time they were giving me something.”

Indeed, complaints have risen throughout the university regarding the malfunctioning printers, many of which have fallen on the ears of Craig Vinson, the manager of PiperXpress Print Services, located in Sorin Hall. Vinson asserted that he had been made aware of the dilemma, as had the Central Service Desk.

“We’ve escalated [the problem] to our [Information Technology Services] people and they’re working on it with our provider, Marco,” Kipp Manske, Senior Coordinator of the Central Service Desk said. Manske gestured to a memo left on top of one of the printers on the first floor of Bush Memorial Library. The memo read, “All campus printers are experiencing delays in printing documents. We have contacted the printer company and are working with them to try and resolve the issue. Thank you for your patience.”

A similar memo was left on another Bush printer, which had not been responding at all.

While the problem appears to now be in stages of solution, if students still face difficulty printing, they should not hesitate to visit the Central Service Desk, located on the first floor of Bush Memorial Library and open during the library’s operating hours.