A Bit of Paris in Saint Paul 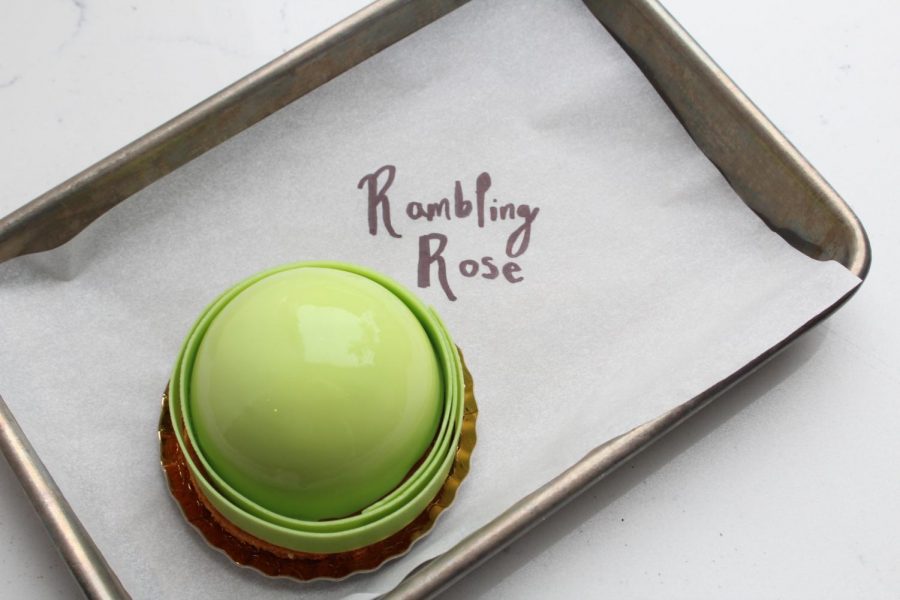 The space is small with white marble and sunlight streaming in through the large windows that show a peak of the bustling Snelling and Selby avenue intersection outside. Then, inside the glass of the pastry case, are the bright colors that breathe life into Rose Street Patisserie atop eclairs and in the shells of macarons. The air smells like the bakeries of Paris, of dough and sugar. After a Linden Hills location, Relais Dessert Chef John Kraus has finally brought his craft over the river.

The new location close to Hamline University took over the old Starbucks location at the intersection of Snelling and Selby avenue by Whole Foods in September. Shortly after, the Rose Street Patisserie opened a counter at the Keg & Case market, also in Saint Paul. The location with Keg & Case market is a smaller, limited selection with a focus on their confections like macarons and chocolates though there’s other spots in the market to catch their creations.

Otherwise, for their full menu, the spot on Snelling and Selby offers more treats in one spot.

“Rose Street in Linden Hills is very friendly… I think the pastries at Rose Street are amazing and are perfectly balanced,” Jenny Lam, an avid foodie, said. “Often times, other bakeries in the Twin Cities can be too sweet.”

However, as popular as the elder location is, the newer location has not been well-documented online: without a mention of Rose Street’s own website or Yelp. Yet, when visiting, it is still popular and bustling on a Saturday morning.

“I thought they just opened one in Keg and Case,” Lam said. “I’m surprised they opened a brick and mortar store in St. Paul while still retaining space in Keg and Case.”

For first time visitors, the pastry case with its plethora of offerings can be overwhelming, but reviewers promise anything will delight.

“My favorite thing at Rose Street is everything! You really can’t go wrong with any of the desserts, but the eclairs have a special place in my heart,” Lam said.

To hunt down an eclair on Lam’s suggestions, make sure to head to the full-sized location on Snelling, or the Linden Hill’s spot, because Keg & Case market won’t carry their pastries in their smaller counter. Some visitors have been confused and disappointed hoping for a certain thing and not finding it.

Whether the new location right up the road from Hamline, the counter at Keg & Case or over in Linden Hills, Rose Street’s concoctions are delicious and consistently well-crafted whatever you order.