Kings and queens are not just in storybooks 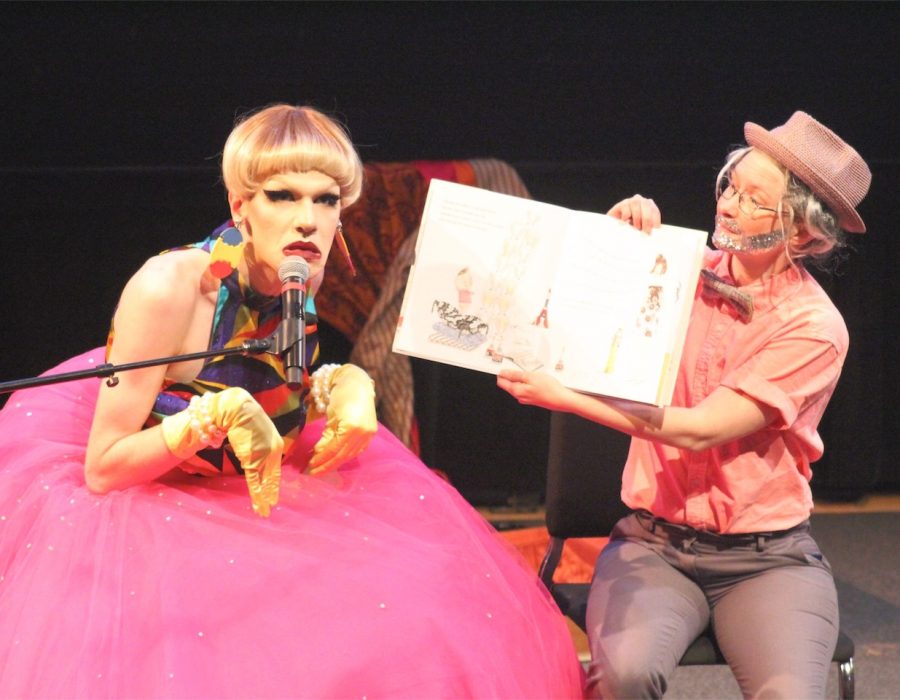 The Walker Art Center in downtown Minneapolis hosted an event for children showcasing an art form not typically exposed to anyone besides adults. On Nov. 3, Drag Story Hour put on by Pillsbury House Theatre took over Walker Cinema to inspire and encourage the imagination of children and adults alike.

Upon first arriving, children were invited to have a glitter mustache or beard painted on and welcomed warmly by a drag queen named Utica. Dressed in a massive hoop skirt, bright yellow gloves and intricate makeup, she excitingly greeted everyone who came by. Utica, who is named after her hometown, is a performer from Minnesota and a Hamline University alumna.

Utica has been dressing up in fun costumes since as far back as kindergarten when she attended school once dressed as Mary Poppins, but she did not start doing full drag until attending Hamline and participating in the lip sync competition and amateur drag shows.

After studying theatre, costume design and fine art printmaking, Utica has brought her talents all over the state and the country.

At Drag Story Hour, Utica was a special guest co-starring with Doña Pepa and Old Man Zimmer. This show was directed towards kids, showcasing creativity and talents they might not otherwise experience until they are much older.

“Look at them,” Utica said, indicating towards all the kids lined up outside the cinema. “What a beautiful honor it is to share this art form with other people.”

Drag Story Hour worked to showcase a variety of identities to children to create an inclusive environment for everyone. By highlighting diversity, this performance sought to give children something to relate to, as well as expose them to ideas they may not be familiar with.

“The stereotype that drag is… for an underground community [is] not true; it is for everybody,” Utica said. “That is what I am most excited for.”

The drag queens and other actors read from books, acted out scenes and performed dances and songs in funny, creative and theatrical ways to entertain and inspire the audience’s imagination.

“Drag performers are some of the most versatile and creative in terms of what we have to do,” Utica said. “[We] are artistic hubs.”

Drag Story Hour is now going on its second year and will continue the season of performances in Feb. of 2019. Utica can be found performing next at Lush and Union Rooftop, both located in Minneapolis.