Portillos recent location coming up on one chilly month of business. 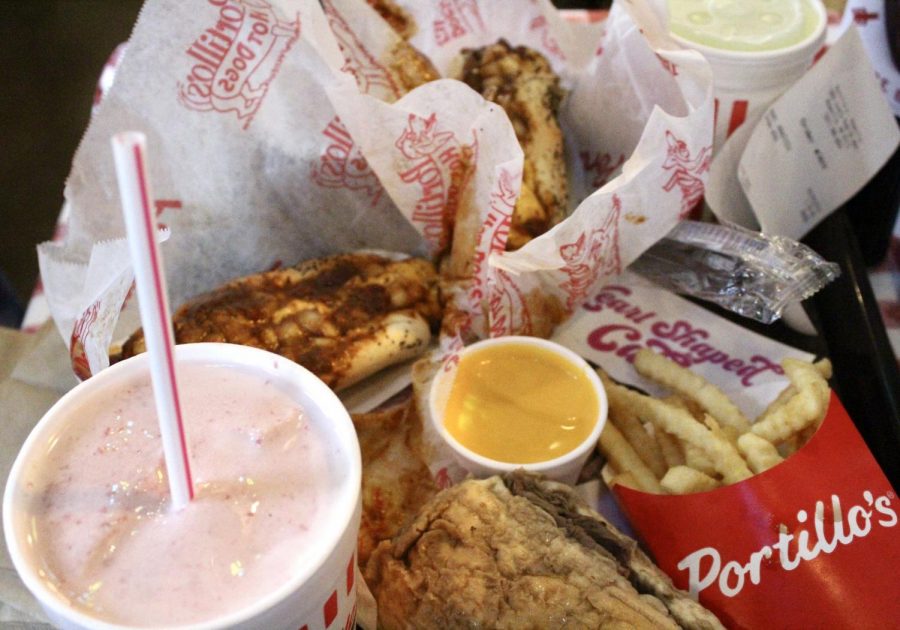 The newest Minnesota opening for the Chicago chain Portillos launched to a high of 13 degrees on Jan. 28, but the days that followed only grew colder as it plunged below zero. However, the cold did not hamper their opening.

“The weather hasn’t been the greatest, but we’ve seen tremendous support,” Dan Fosse, Field Marketing Coordinator for the region, said.

This new location on County Road B2 is the third Minnesota location following behind Woodbury and Maple Grove. The new opening and the first trials of being open to the public were a success.

Coinciding with their opening, Portillos donated $5,000 to the Roseville Area Schools Foundation. The practice of donating alongside an opening started in Maple Grove in January 2018.

“We are heavy into our charities and giving back to the communities that support us,” Fosse said. “We felt their foundation was something we could get along with.”

To make the space a Portillos, the business chose to utilize one of their most popular decor themes: prohibition. The style is evocative of a 20’s or 30’s era prohibition scene while their other style is often a classic diner or an Old Chicago western look.

“In Roseville, we went with prohibition,” Fosse said. “People seem to like the most.”

Hailing from Chicagoland in the 1960’s as a simple hot dog stand that grew into the widespread chain it is today, Portillos recently won a TripAdvisor award for fast casual cuisine at their Chicago location on the judgement that they offer good value on high-quality meals for those on the go.

“It speaks to the quality we give and the environment that comes with our restaurant,” Fosse said. “It’s something we take very seriously.”

One of their fan favorites is the iconically simple chocolate cake.

“A lot of our desserts are baked in house every day. I think it’s one of the reasons our chocolate is really beloved,” Fosse said. “You’re never going to have a stale piece of cake from us.”

For those wanting to avoid snowy roads or busy parking lots, Portillos is on the DoorDash delivery system with a $5.99 price tag to get hot beef brought right to their door. The delivery range is roughly six miles, which includes the Hamline campus.

“We’re excited to be here,” Fosse said. “We think the Roseville location will be an awesome one for us.”

Many are happy to have a nostalgic classic now available in Roseville.

Sherry Smith, a Yelp Elite reviewer, has been eating Portillos since the early 1980’s and was happy to have a location near the Rosedale Center mall.

“I love a great Chicago style dog and Portillos has been one of my favorites since I first visited their Villa Park, IL location,” Smith said in her original review on Yelp. “For my first visit, I had my favorite Chicago style dog drug through the garden… The result is a salty, vinegary, spicy, sweet, meaty, juicy bite of heaven. I had this either their ultra crunch onion rings to complete my walk down memory lane lunch.”

Many of the positive reviews came from those wanting to re-visit another meal at a Chicagoland Portillos, but now closer to home.

“The Chicago Dog and rings absolutely met my expectations.  They were every bit as delicious as I remember,” Smith said.

Others find Portillos to have a loud atmosphere, greasy food and a lot of wasteful packaging— among other varied complaints.

One reviewer on Yelp wrote, “Chicago, keep your trash food chains in your own city.”

Despite mixed reviews, the new location isn’t struggling to stay busy, so enough people are braving the cold for their hot dog fix. For anyone needing a wiener, find the newest location at 1800 County Road B2 W, Roseville, MN 55113.