Connecting roast to the toast 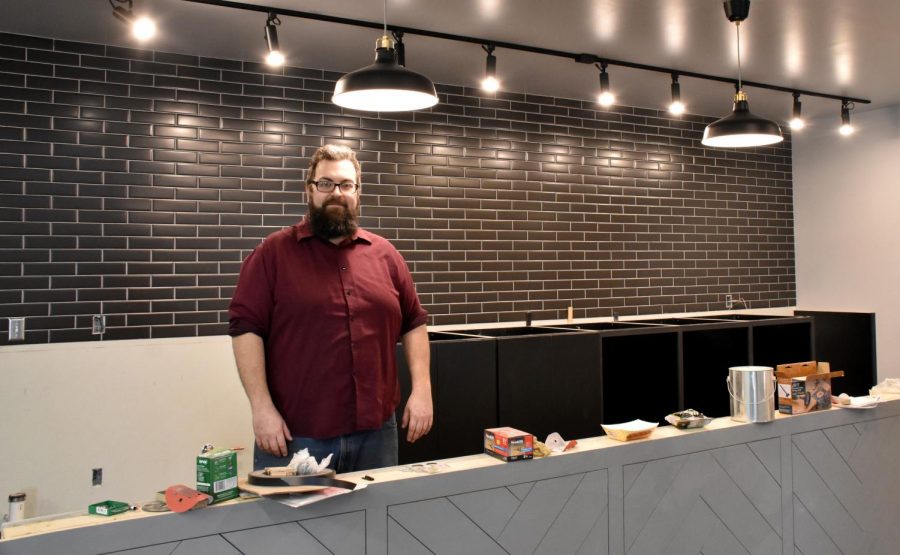 Owner Micah Sveja stands behind the future bar, waiting for its granite countertop.

Even on a chilly, March day of this bitter winter, the sunshine streaming against the bricks of Bootstrap Coffee evoke the concept of the sunny, open space that is on its way to completion.

Bootstrap Coffee Roasters has been in business since 2014, but this will be the first foray into a public, coffee bar. Up until now, Bootstrap has been providing wholesale single-origin, fair-sourced coffee to a variety of local businesses to serve in their spaces, but this new move won’t lose those roots. Instead, the floor plan of the new space features an open look into their roasting process with a glistening 20 KG coffee roaster featured in the center of the space.

This spring anyone will be able to sample one of their changing, seasonal single-origin brews (or one of their two blends).

“[Opening the coffee bar] was part of the dream from the beginning,” said Micah Svejda, owner of Bootstrap Coffee Roasters.

This spring, late-April or early-May, the dream will be realized after a lot of hard work and steady growth. Svejda’s connection with coffee started well before Bootstrap was born.

However, the more Svejda worked within the coffee industry, the more he realized he loved coffee.

“I really found I had a passion for it.”

Following undergraduate, the plan was to complete a Master’s of Art and a PhD program in preparation to be a professor, but that changed the more Svejda learned and practiced the art behind a proper cup.

“I chose to have a career in coffee.”

From there, Svejda went on to manage two other coffee shops and practice more skills in roasting, preparation and how to run a business.

May 1, 2014, Bootstrap Coffee Roasters was born as Svejda went off on his own. For the first year and a half, Svejda, with help from his wife, was the entire business. Over time, the wholesale roasters continued to grow in their current space on Vandalia St. in Saint Paul.

A bigger space for their wholesale operation and the addition of a public coffee bar was the next step.

“It’s really to continue to grow as a wholesale company,” Svejda said. “The coffee bar gives us that much more exposure.”

Having a space where they’re roasting their own coffees, and serving them alongside a limited pastry selection, will allow for a showcase to potential wholesale buyers and engagement with the end customers.

Alongside serving, Svejda wants to offer some of the same education that inspired and helped him in the past.

“We’re going to roll it out slowly,” he said.

They’ll start by offering a tour of the roasting space and operation process, but over the next one to two years, Svejda would like to offer more classes on coffee. For those uninterested in the full process, Bootstrap will also be offering the simple service of a good cup of coffee.

“The goal is to be approachable,” Svejda said.

The space will feature a large window looking into their seated area with several seats at bar-style seating, some two-person options by the wall with outlets, and a large community table in the center.

The space will strike a balance of work and conversation and serving and roasting. A simple look upwards from the tables will offer a look straight into their roasting. While construction is wrapping up, Bootstrap Coffee Roasting is closer than ever than reaching a goal Svejda has had for years.

“It feels good to be this close.”

Bootstrap Coffee Roasters will be 432 Wabasha St. S. in Saint Paul. Their grand opening is not yet set, but readers can watch for its announcement on The Oracle’s online channels.