Writing a world of childhood wonder

Hamline MFAC member Anne Ursu encapsulates both the real and magical components of sisterhood in her new children’s book “The Lost Girl.” 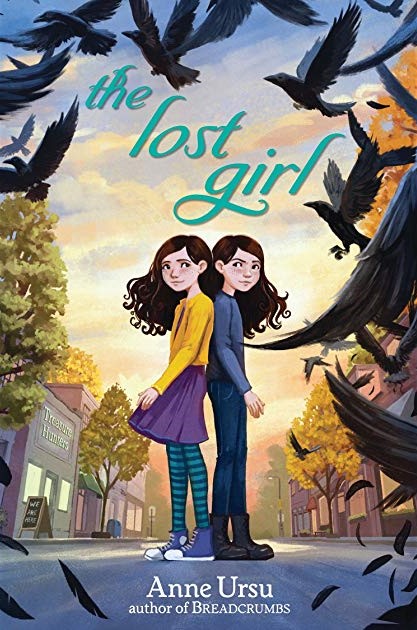 Anne Ursu has worked as an educator in Hamline’s writing department since 2008. Her writing career began in 2002 with the publishing of her first adult fiction novel. However, a new calling came from an exploration of children’s fantasy.

“I wrote two adult books,” Ursu said. “Then I was sort of reading all these kids books for fun and I just realized, you know what, I wanna try this. I completely fell in love with it.”

Ursu has since written six children’s books, including a trilogy, “The Cronus Chronicles.” Her most recent endeavor “The Lost Girl” was published early this February. The story surrounds identical twin sisters Lark and Iris as they enter the fifth grade, for the first time finding themselves split into separate classes. The struggles that come from this transitional period end up paired with strange supernatural happenings in their Minnesota town.

“National Book Award nominee Ursu laces her story with fairy-tale elements and real-life monsters, while taking great care to cast girls in an empowering light and as authors (and heroes) of their own stories,” children’s literature editor Julia Smith said in an online review.  “It is a layered, mysterious tale that will speak to many and brushes the world with magic.”

Aside from the fantasy elements of the book, Ursu seeks to capture themes that are understandable to any young reader and provide insights that they can hopefully apply to their own realities.

“I have a lot of themes and ideas in there,” Ursu said. “I think when you’re a kid you take all that in kind of sideways. You might take in the shape of it without really understanding what it is. But I’m hoping that in that, it might help kids name some of the things that they’re going through.”

Ursu explained how the writing process differed from her previous works, with a lot of the plots components being a collaboration of smaller ideas that developed and united over the course of five years.

“Everything I’ve written before came from this like, lighting bolt idea, so I just thought that’s how it worked and that’s how it had to work. Suddenly those lightning bolts weren’t coming anymore,” Ursu said. “I kept waiting and I finally realized, well, I’m going to have to just do this the hard way.”

Something that helped with the challenge of a more tedious project was found in her work mentoring student writers at Hamline.

“I’ve just seen students grow so much, work so hard, and as a writer that’s also really inspiring,” Ursu said. “Teaching at Hamline has helped me with that a lot. I’ve seen students be so determined and so flexible.”

Ursu ultimately aims to help give other children the experiences she had as a child with literature. She sees a great amount of intrinsic value in the young minds of her audience.

“Books give kids this sort of safe private space to experience all of these emotions and these other stories. That’s something really important,” Ursu said. “It just allows them to create these worlds of their own where they can sort of try things out and have experiences named for them.”

“The Lost Girl” is written to create a place for this imagination to flourish, providing both mystery and mysticality alongside tangible, universal concepts that can benefit any child.

“Ursu ends this passionate and complex story with a celebration of sibling autonomy, youthful agency and the power of friends,” children’s literature author Monica Edinger said in an online review.