The future of religion

Hamline University’s 165 year old Religion Department is in the process of being eliminated. 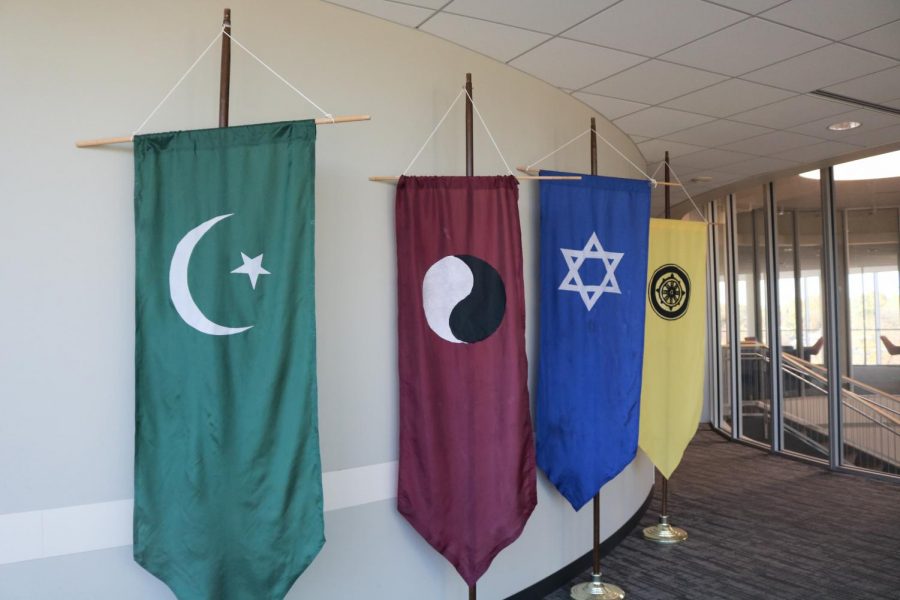 At the end of the Spring 2019 semester, the religion department received word from Marcela Kostihova, the Dean of the College of Liberal Arts (CLA), that they were being eliminated and would soon merge with the Global Studies Department.

“I was shocked, I had no idea that was even a possibility,” Religion Department Chair Mark Berkson said. “I couldn’t recall a single instance ever that a department in the CLA was just eliminated…  There had never been a conversation about it. Nobody talked to me about it, and I’m the only tenured person that is going to be living this change that they’re proposing.”

Last year, Schwartz announced his retirement. Soon after, Thompson announced that she was leaving Hamline to take a job as Director of Lutheran Center for Faith, Values and Community at her alma mater of St. Olaf. Amanda Furiasse was hired as a visiting professor, a short-term position.

The department then brought in Trevor Maine, who is a shared professor between the Religion and Communication departments. Schwartz is expected to return to teach a class in the spring and Chaplain Nancy Victorin-Vangerud, director of the Wesley Center, is teaching a course as well.

According to Berkson, there are currently 20 religion majors. The number of people in a department is not a reason to eliminate it, according to Assistant Professor of Religion Earl Schwartz.

“The current size of the department is a result of fewer department members, not of evident superfluousness,” Schwartz said. “With the cooperation of the administration, the religion department can continue to contribute to the university in unique and valuable ways.”

Hamline’s religion department was recently recognized by the Bachelor Degree Center in their Top 25 Religion Departments in the Nation (ranked number 16).

Kostihova reassures that Hamline will still have a place for Religion without a department.

“This proposed realignment is administrative—not curricular,” Kostihova said. “The university remains committed to the study of religion, and to supporting the program’s continued success at Hamline.”

While the change is meant to strengthen religion, some think it goes against Hamline’s Liberal Arts core values.

“The Hamline Seal reads ‘Religio, Literae, Libertas’,” Schwartz said, which mean religion, letters and freedom respectively. “Of these three foundational features of the university, only ‘religio’ remains directly connected to an academic department.”

With the elimination of religion as a department and a merger into Global Studies, religion would fall under the social sciences instead of the humanities.

“Studying religion as a humanities creates a fluid understanding of how pieces of society fit together and how that makes a fuller picture,” said senior and religion major KT Cahow. “Hamline does a really good job at doing that, and changing it at this point when there are no problems would be a mistake. I think by shoving [Religion] somewhere where it doesn’t natively live, like not a humanities, would be really reductionist.”

Berkson questions whether eliminating the religion department is the first step in eliminating other departments with low enrollment.

“I think this is the beginning of phasing out certain departments and merging them,” Berkson said. “I understand that higher ed. is changing, I understand that there are challenges, I understand there’s different ways to do things. And I’m very happy to have the conversation. My main point is that faculty have to be involved in that decision.”

Faculty have yet to be involved in the process, according to Berkson. Students in the major would like to have a say as well.

“Hamline, if you want to take the lead, we should take the lead by listening to students,” Cahow said. “Students don’t get any input. If we hadn’t been told [by Berkson], I would have never known. I’m [a senior] but like what effect is this going to have on everybody else.”

The university now waits, with no definite timeline, to see what the outcome will be.

“The next steps will be to finish gathering feedback from relevant faculty committees before making a final recommendation to the Provost and the President,” Kostihova said.