A DIY approach to performance 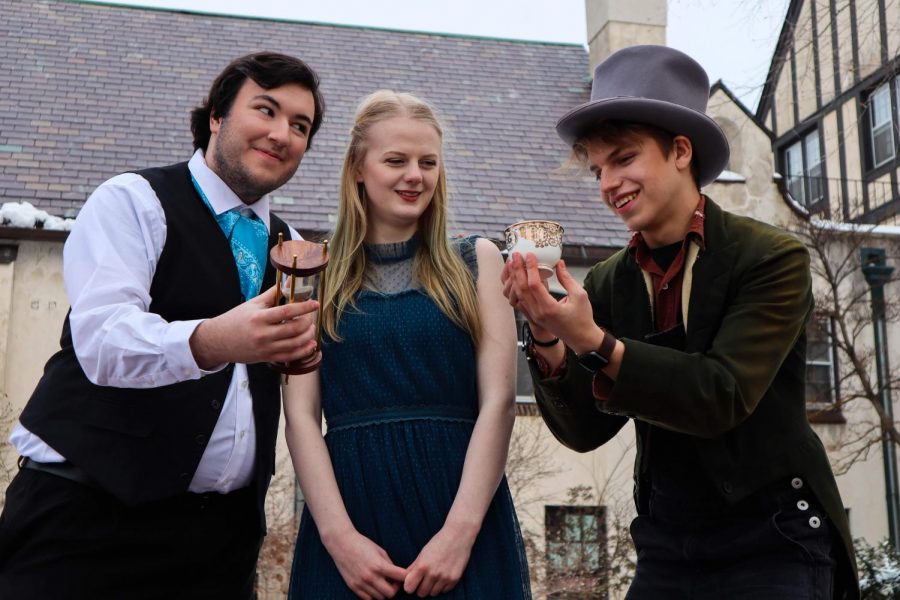 The Meraki Theatre company recently wrapped up their performance of the original play Wonderland. Junior Autumn Wilkie started the company alongside Sophomore MJ Luna with a desire to create a student org that would introduce Hamline to new types of productions.

“So the history is that both MJ and I, my co-founder, we went to a technical theatre conference this past year,” Wilkie said. “We were just really inspired by how everyone was talking about how if you’re not seeing the type of theatre that you want in your school, then like no one’s holding you back from doing it. Just do it. You don’t need to know how just make it happen if you love to do art.”

The Meraki Theatre company is separate from Hamline’s official theatre department, and––in the words of Autumn Wilkie––was created to provide additional opportunities for those interested in theatre, but not in the idea of a theatre major.

“Because there was, like, so much going on with, like, the theater department already and, like, all of the shows that they’re doing, we didn’t really want to, like, I guess step on any toes or, like, get in the way of what was already being done. We just wanted to provide additional opportunities,” Wilkie said.

In September of 2019, the Meraki Theatre company performed Robin Hood outside of Old Main on the lawn.

“So we reached out to current theater students that we knew, and then also reached out to people after Robin Hood––people who came, who were interacting on our social media, and people that wanted to be part of the org and we’re just like, hey, if you want to act here are those opportunities,” Wilkie said.

With the first show establishing Meraki Theatre company’s place on Hamline’s campus, new endeavors have begun for this spring.

“Our next show, Wonderland, we kind of separated from the theater department so that we just like weren’t distracting from what was already being done. We rehearsed all through December and January and then performed the first week of February,” Wilkie said.

Wilkie helped put together Wonderland alongside the other Meraki Theater company students. She explained that the script and music for Wonderland were created by students with a specific demographic in mind.

“As someone who has struggles with mental health and has seen it negatively affect a lot of people in my life, I was like, this is something that I can be passionate about and write a show about.” Wilkie said.

Meraki Theater company has applied to the Minnesota Fringe Festival, which puts on both a summer festival and year-round events in order to show performances and showcase art from indie performers across the state.

“In May we’re hoping to either do like a two-month project. In June I’m just focusing on a Shakespeare on the lawn show again, which would be like an all summer-long thing leading into performing either in August or September. And then if we get into Fringe, that performs in August, so we’re waiting to hear about that. That’s what we have planned for now.”