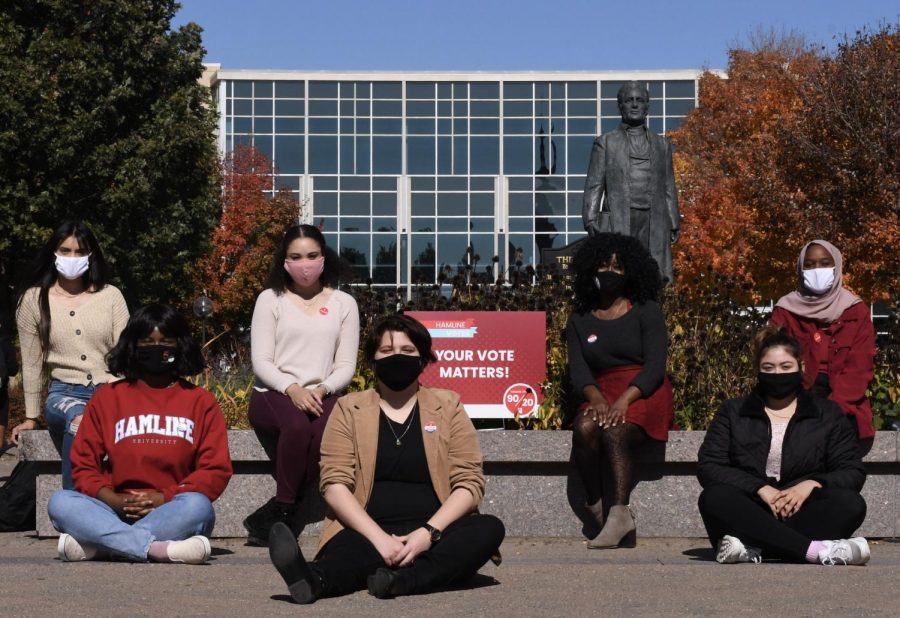 Amid a contentious election, Sen. Kamala Harris and Vice President Mike Pence squared off on Oct. 7 in the vice presidential debate that covered a range of topics pertinent to voters. The 90 minute debate included their positions on healthcare, climate change and student debt, all of which motivated Hamline students to tune in.

“I think it’s really important to have a firm grasp on policy stances, and where the candidate you prefer stands on the issues that are most important to you,” said Raina Meyer, a sophomore and the President of Hamline’s College Democrats.

Meyer’s student organization hosted an online event to watch the debate, as a part of their efforts to encourage Hamline students to engage with politics.

“Politics affects everything in our lives, and I think people need to recognize that more,” Meyer said.

A prominent example of this was provided with the first questions of the debate, which asked the candidates about COVID-19 and the current administration’s response.

Harris criticized how the president has handled the pandemic and brought up the importance of healthcare. Pence defended Trump’s response, something that junior Jordan Brezinka disliked.

“It’s very clear that Trump has from the beginning dismissed the severity, as if the people who get sick and die because they are afraid or they didn’t fight hard enough,” Brezinka said. “Pence seemed to spend a lot of time trying to back up Trump’s lies.”

Another topic that raised some emotion in Brezinka was when the candidates discussed climate change. Pence maintained the party line of defending fossil fuels and accused Harris of wanting to ban fracking.

Harris responded to these claims by stating that she and the Biden campaign will not ban fracking, something Brezinka wished she had handled differently.

“I can see why she didn’t want to go hard on climate change, but someone needs to step up,” Brezinka said.

Another key topic that was raised during the debate was the killing of Breonna Taylor and the injustices in the criminal justice system. Pence turned his response to law and order and denied the existence of systemic racism in law enforcement.

Brezinka expected the candidates to skirt around the questions, as she has come to expect it from politicians.

“Being a politician is pivoting a lot to bring the focus back to what you’re prepared for and what will make you look the best,” Brezinka said.

According to a poll by CNN, 59 percent of viewers believe that Harris won the debate, compared to just 38 percent who believed Pence had given a better performance.

“I think that she answered the questions really head-on, and she presented facts to back up what she was saying,” Meyer said. “Pence just didn’t offer that.”

The debate did not change the overall opinions about the candidates for either Meyer or Brezinka, who both went into the event supporting Harris.

“I was already leaning towards Harris,” Brezinka said. “It pushed me more towards her because Pence is such an off-putting figure.”

The main takeaway from the debate for Meyer was the importance of voting, which she encourages everyone who is able to do.

“Vote like your life depends on it,” Meyer said. “This is about the future of our country and our democracy.”

To register to vote in MN, visit www.sos.state.mn.us/elections-voting/register-to-vote/. Early in-person voting is open in the state, and those who are interested can apply for an absentee ballot online.