Only three years after its establishment, the position of the Provost is vacant, and Hamline’s president wants to engage in community dialogue before a new Provost is installed. 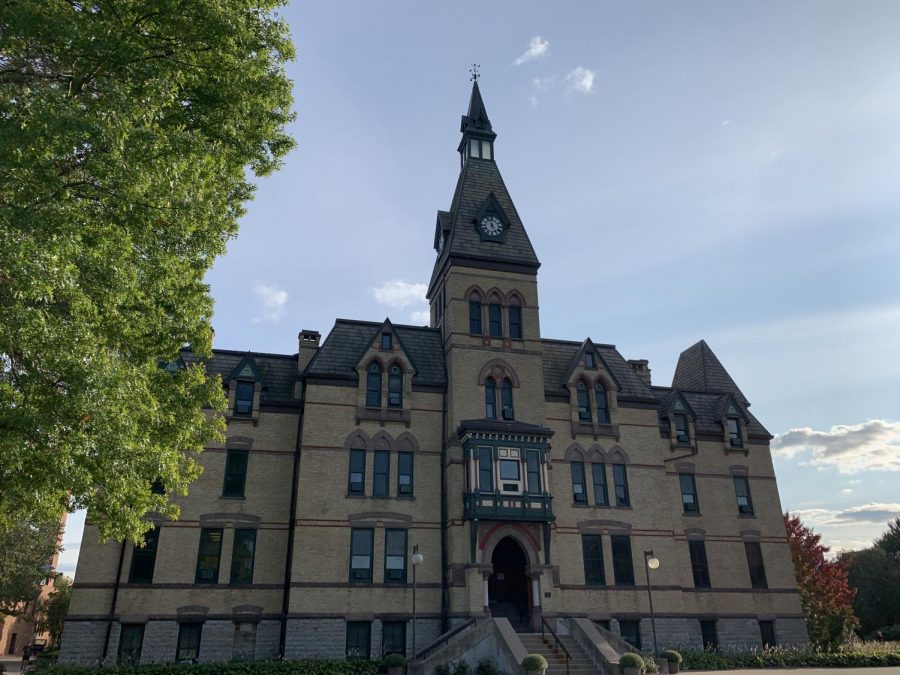 Emily Lall
Among many other changes this semester, Hamline’s Provost position is now vacant. Plans for filling the position are put on hold as President Fayneese Miller calls for community conversation to preceed replacement." />

Emily Lall
Among many other changes this semester, Hamline’s Provost position is now vacant. Plans for filling the position are put on hold as President Fayneese Miller calls for community conversation to preceed replacement.

The academic year is off to a strong start even amid a pandemic, but a prominent and high-ranking administrative position has been left vacant since the start of the year and will perhaps remain vacant for the foreseeable future.

The former Provost of the university, Dr. John Matachek, has returned to the world of academia as a professor in the Chemistry department. Matachek declined to comment for this story. The Provosts’ Office is now being run by the Associate Provost Jill Bryant and the rest of the office’s staff.

The Provost, like many offices and high-ranking university positions, serve “at-will” or “at the pleasure of the president.” Meaning at any time their contracts can be discontinued by the university president.

“Any time, as president, I can decide that I want to go in a different direction, a direction that I think will better serve the university or one that better works with me,” President Faynese Miller said.

Miller and her administration are looking to make structural changes within the office, and leaving the post empty is intentional before naming a new Provost.

She plans to “put together a committee that will include faculty, staff and students to talk about the direction in which we want to take the Provost and the office.”

The new Provost and her administration’s main priorities in the coming years will be two-fold.

The first is to “maintain [Hamline’s] commitment to high-level academic excellence” and the second to ensure that the university is not only financially stable but also thriving financially.

Students will not be directly impacted by this turnover but will feel the effects of the restructuring that is being undertaken.

“I don’t see any direct impact to students with this structure change,” said Patti Kersten, Hamline University’s Dean of Students. “Currently [Bryant] and I co-lead the university wide committee University-Academic and Student Affairs Committee[s], and there are two student representatives included in the conversations and decisions of the committee and continue to have access to the Provost’s Office.”

Miller assures students that we will eventually have a permanent Provost, but that she first wants to engage in dialogue.

“What do we want to be? What are our strengths? What are opportunities for us? What are the challenges that connect to that office?… And then once we do that, then to say, what do we need from that office?” Miller said.