Students past and present, respond to the realignment of the religion program. 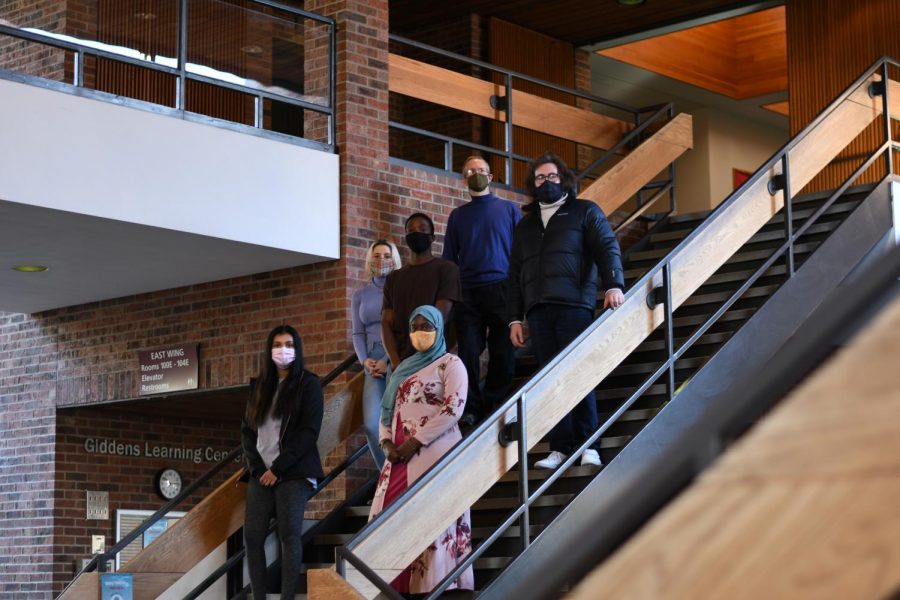 From day one of his Jewish ethics class, as a first-year, current senior Nick Cobian was hooked on religion. Cobian took the class on the recommendation of a friend and never would have expected that he would find himself studying it, along with communications, for the next four years.

“I think there are a lot of students that take these classes, just to see what they’re about, because I think the entire topic relates to everybody’s life in some capacity whether or not you are strictly religious or not,” Cobian said.

Cobian is not the only student to find themselves unexpectedly studying religion.

“My first class was intro to religion with Mark Berkson and that was it, that sealed the deal, I took every class I could with this man,” said Elaina Tueffel, who graduated in 2020 with degrees in religion and anthropology. “I don’t know what I would have done without the religion department. I was able to go to conferences and go to other states and go to retreats, the religion department gave me more of a family and the anthro department gave me my career.”

Hamline students and their families were proud of the department, and in 2019 they gained another when the religion program was recognized by the Bachelor’s Degree Center for being one of the top 25 programs in the nation for religion, sitting at 16.

“I am first generation, so when I found that out, I told my dad and he loves to brag about me… and he was like, ‘I’m also going to brag about that,’” said Estefania Jauregui, a senior and double major in religion and history.

The first time students became aware that the department may face elimination was in the spring of 2020. In the fall 2020 semester, the religion department was officially “sunset,” and the religion program was realigned under the global studies department.

“I think it really takes away any freedom that we have,” Cobian said. “Especially putting it in the global studies department. I understand you can’t put it in the biology department, but you might as well, because it waters it down just as much.”

For the first 100 years of a religion program at Hamline it was partnered with philosophy, according to Dean Marcela Kostihova.

“To me, the biggest change with the shift is that religion went from a humanities to a social science,” said Walker Brault, a 2019 graduate with degrees in religion and chemistry. “I think this brings an entirely separate view of religion into the conversation.”

Students had not been made aware of this administrative change until recently.

“No one was consulted, none of the students, and the university runs because of the students,” said Jauregui. “We pay and we weren’t consulted on anything. I had to get an email from my professor and not the administration.”

There is some doubt about how lack of interest could be a reason for the elimination and realignment of the department.

“I really don’t know why religion would be one of the first ones to be targeted, if you see the numbers, religion was doing so good,” Jauregui said. “Everyone kind of wants to take the classes. The classes that I’m in right now, they’re all packed. They’re like 20-30 students.”

Cobian tried to look at this elimination and alignment objectively and still finds himself at the conclusion that “none of it makes sense.” Now that the religion program is no longer independent, their hiring power, which they are approved for by the administration, has gone away.

“With Hamline not hiring any new professors, there was a lack in courses,” Tueffel said. “[Berkson] basically was the only professor, so he couldn’t teach all of his courses, and then we got Amanda, so it was easier for him to teach. But with two professors in one department, they can’t really keep up on all that.”

This lack of independence also impacts who controls the budget and where it ultimately goes. Religion students are required to take a 1-credit colloquium class, and within that class students are provided meals.

“That’s one of the most beneficial courses that the religion department offers for majors and minors,” Tueffel said. “Granted we don’t need the dinner, but we need the dinner. It makes such a difference. It also helps students who are adults living off campus paying for their own food.”

According to Berkson, “colloquium is one of the ways that the department builds community.” But since the budget is no longer their own, they will have to get permission for future use. This is just one of the many concerns students have about the future of the program, and students are still pushing for the department to be given a chance to make their case.

“Hamline should absolutely give the religion department back to itself,” Tueffel said. “I understand they have to make money because they’re a business, which is also a joke, but unless they’re going to merge every single three different majors… it’s not okay.”

To learn about how the religion program transitioned, check out Religio, literae, libertas