Protests are brewing in Minneapolis, jury selection for Derek Chauvin’s trial has begun and Minneapolis will pay a $27 million settlement to the family of George Floyd. 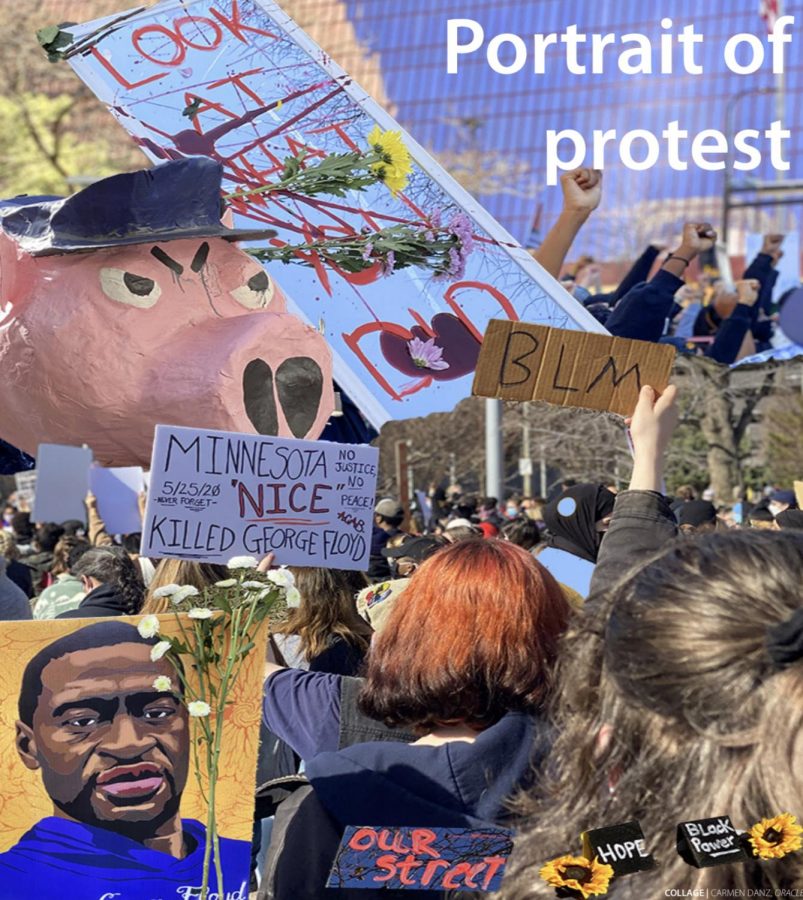 On Monday, March 8, hundreds of protestors gathered around a heavily militarized Hennepin County Government Center on the first day of jury selection for the trial of former Minneapolis Police Officer Derek Chauvin, who is facing counts of second-degree murder, second-degree manslaughter and now a charge of third-degree murder.

The third-degree murder charge has been up in the air for months, as Judge Peter Cahill had dismissed the charge in October, siding with Chauvin’s defense team that Chauvin did not put anyone other than the victim at risk.

The Supreme Court rejected Chauvin’s decision to appeal on Wednesday, kicking the case back to the Court of Appeals ruling and reinstating the charge.

As of Sunday, March 14, seven of the 14 jurors have been chosen. Once the court confirms 14 jurors, two will be dismissed as alternates and the trial can commence. It is expected to start before the end of the month. The trial itself could last up to several weeks.

Protestors marched around the Hennepin County Government Center on March 8, blocking off nearby roads and eventually coming to a stop on Portland Avenue, spilling out from the road into the nearby park, the Commons. The US Bank Stadium gleamed in the background as speakers from numerous community action groups spoke, such as CAIR-MN, Black Lives Matter Twin Cities, Twin Cities Coalition for Justice 4 Jamar and Justice for Philando Castile, to name a few.

A group called Visual Black Justice erected an art memorial outside the government center and along the bus lane of South Seventh St.. The street was covered in broken mirrors, trampled roses and fake blood. The mirrors had messages like “reflect” and “look what you did,” calling for the reflection of a justice system and community police force that have taken countless Black, Brown and Indigenous lives, and in the eyes of protestors, have failed to keep officers accountable.

On March 12, the City of Minneapolis agreed to pay the family of George Floyd, who died in Chauvin’s custody, a settlement of $27 million. During a press conference on Friday, lead attorney for the Floyd family Ben Crump, called it the “largest pre-trial settlement in a civil rights wrongful death case in U.S. history.”

Crump recognized Minneapolis Mayor Jacob Frey, who stood on the stage next to him, and City Council President Lisa Bender, and applauded them for approving the pre-trial settlement. He continued to applaud the city’s police reforms since Floyd died.

“Mayor Frey, you have our word, our voices and our might to help you muscle through additional change that will transform policing in Minneapolis and hopefully policing in America,” Crump said at the conference.