Spring and fall all wrapped into one

Fall sports are finally getting the chance to compete after over a year of waiting. A happy ending to the COVID-19 season...or is it? 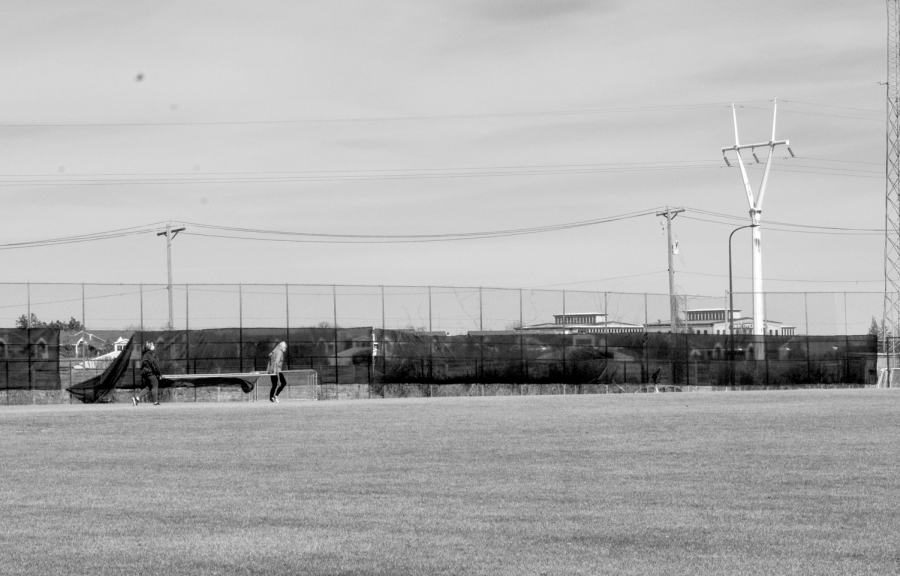 Cathryn Salis
Athletes carry signs across the softball field on the Hamline campus to help set up for the new season of competition. " />

Cathryn Salis
Athletes carry signs across the softball field on the Hamline campus to help set up for the new season of competition.

It has been over a year since fall athletes have had a chance to compete, and their time has finally arrived. Within the next couple of weeks, men’s and women’s soccer, football, volleyball and men’s and women’s cross country will begin games and competitions. Each sport is going about this adjusted season differently with different variations of games.

With the uncertainty of this year, everyone has adjusted differently. The same goes for MIAC schools and their choice to opt in or out of fall sports competing.

“A lot of schools in our conference have decided to just do internal scrimmages just so coaches can control that atmosphere, especially for injuries.” Jason Verdugo, associate vice president and athletic director, said.

Hamline athletics is doing a mixture of participation levels. Men’s and women’s soccer for example “did not opt into the schedule, the MIAC gave us the opportunity to build our own schedule since there is no championship we got flexibility with when the games could be and versus who and when doesn’t bind us to a schedule” Verdugo said.

Both of the soccer teams currently have three exhibition games scheduled in the upcoming months.

Since the majority of athletics has taken place in the second semester of this school year, there has been a juggling act with finding a time and place for every team to have a space available to them.

“In Klas, there’s men’s and women’s soccer, lacrosse, track, and football all using that facility and then you still have the academic days schedule so trying to juggle all those sports with games and practice the challenge is the schedule,” Verdugo said.

Volleyball has also had to make adjustments. The biggest obstacle has been space issues as they overlapped practices with the basketball team. Luckily for them, no other sport is an indoor sport

“However, they are now out of season and no one else needs the gym,” Cindy Van Acker, senior on the volleyball team, said.

At this point, most teams have some kind of game scheduled. Cross country is moving to the outdoor track season, volleyball has multiple conference games scheduled, and both of the soccer teams are going to participate in exhibition games.

However, football is a different story.

“We will be starting spring football practice but no games will be played. We will be set to play as of right now for the fall of 2021” Triston Thomas, junior on the football team said.

They will be playing in the fall but this is the only sport that will not be competing this academic year.

“Football will have the opportunity to compete depending on health. I would imagine that they would have a day of competition versus somebody, I just don’t know who or when” Verdugo said.

There is a lot in motion now for fall athletes. Obviously, things are different than normal, but what isn’t this year? This year is being looked at as almost a developmental time.

“We want to assess where we are at and obviously try and get better. We want to try and give the seniors an opportunity to have a competition, but at the same time try and build and be healthy for the next year as well,” Verdugo said.