The homecoming of normalcy

The Hamline football team played their annual homecoming game on Saturday, ushering in a new wave of school spirit with their success against Saint Scholastica. 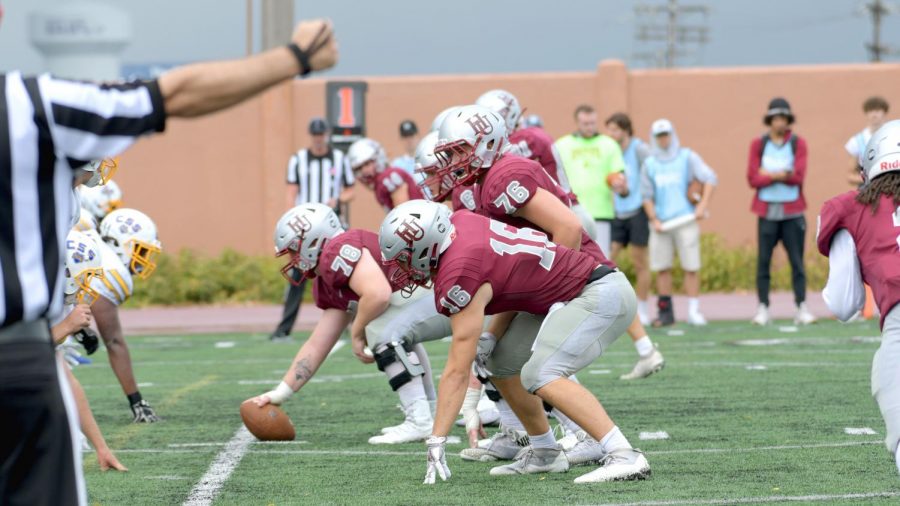 The Pipers faced off against the Saints on Saturday, October 2 at Klas Field. This is only the second time in three semesters the Pipers have played in front of fans at their home field.

Piper spirit had never been as low as it was during the height of the COVID-19 pandemic that affected the entire world. The Hamline campus was shut down and classes were almost completely online. Activities were cancelled, sports were postponed and ceremonies were modified to maintain everyone’s safety from one another.

These harsh but necessary changes left everyone in a low mood for many reasons, and the incoming class of first-years in 2020 walked onto an empty campus. With no club meetings to attend or sports to spectate, new students were at a loss as to how to connect to the Piper pride they were promised when they committed to the school.

The class of 2020 graduated with little festivities and left the school feeling like they never truly got the ending they deserved. Their senior year looked nothing like what they were expecting and felt that loss through the entire school year.

The professors and administrators expressed concern and love for their students through emails and over Zoom calls, but there was always the missing element of physical closeness and touch. It felt like normalcy was getting farther and farther away the longer the pandemic and mandatory quarantine lasted.

Finally, the light at the end of the tunnel was revealed and as more and more people get vaccinated, the closer the community gets to “normal.” One of the marks of return to precedented times was this year’s homecoming football game against Saint Scholastica, boasting a huge turnout of students and parents alike and a dub for the Pipers.

“It’s crazy to see all these people, it’s so different from last year but it makes me appreciate this year more,” sophomore Chloe Kucerasaid. Having never been to a football game before, she was impressed by the amount of student supporters the team has.

The pep band, dance team and NSM student leaders were all present to help encourage the student section to make some noise. The Homecoming court was announced the night before and the court members were wearing their sashes at the game.

“The festivities are very fun and it finally feels like we are in a community,” Kucera said.

The football team also showed up strong and gave the spectators reasons to cheer loudly and often. The Pipers led the entire game, not allowing the Saints to score until the third quarter. In four hours, the Saints only tallied 18 points which was defeated by Hamline’s 34 point end-of-game score.

Despite the pouring rain that soaked the third and fourth quarter, the fans still enjoyed their time together. Older students have been missing the way Hamline used to celebrate together and unlike the first-years and sophomores, they have an idea of what Hamline used to look like pre-pandemic.

“It’s been really fun, it’s so nice to be able to see people out and about and in school spirit again because that was, you know, not possible last year, so it’s been really nice,” junior Maddie Sowinski of the homecoming court said. “It’s been a lot of fun.”

This year’s homecoming football game was a great example of how much school spirit Hamline students should expect from their community. As the year progresses and restrictions are lifted, more and more events can be held and more students can get involved in their school community.

“It’s really exciting, it’s good to see everyone back together and hanging out and cheering on the football team. It’s been a really fun experience, this homecoming,” senior Molly Garin of the women’s hockey team said. “I’m so excited everyone’s able to be back together.”