Theatre outside of academics

With the shifting landscape of modern theater, many students are seeking other alternatives to programs within the performing arts. 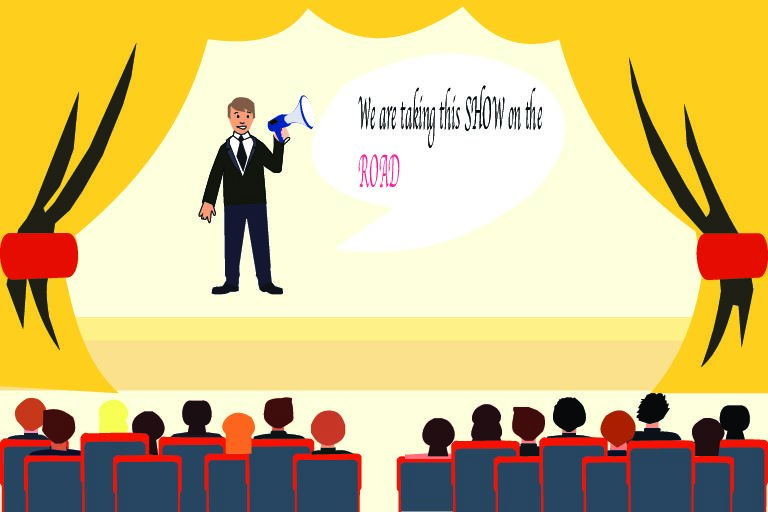 Hamline University’s Theatre and Dance program has seen a lot of staffing and direction changes within recent years, and some students have decided to engage with the performing arts through other organizations that may provide a different structure or objective.

Nolan Sherburne, a junior majoring in theatre arts and digital media arts has recently started a new Hamline University organization called HPAC—the Hamline Performing Arts Community—with the purpose of putting together productions outside of the guidelines of academia.

“I decided I wanted to start a student group of creators following everything going online and people not being able to perform for the last couple years. And as the department is doing a lot of shows with heavy topics, I wanted to do shows that the audience would enjoy and just leave the theatre feeling happy” Sherburne said. “There’s a lot of student interest already and making stuff so that people can have fun, and that’s a very important aspect of theatre.” Sherburne said
HPAC was started by Sherburne and several other students with the objective of creating a collaborative space for multimedia art as well as experimentation through theatre.

“My hope for it is for it to be entirely student-run, and I want involvement from every single art department, all the arts students involved so we can create things that are more than just theatre, so if people are more excited to write short stories and stuff that are more [than] just scripts,” Sherburne said.

Sherburne explained that HPAC is aiming to share space with the theatre department without one taking away from the other.

Sherburne and HPAC plan to do a few different shows and events throughout the year, and Sherburne expressed interest in collaborating with the department as well as any performing arts organizations looking to create.

“We are going to be planning something small for J-Term for students who are all around and want to do stuff. And we’re thinking about doing something bigger like a musical at the end of spring just before finals. Other than that we’ve been thinking of doing 48 hour film festivals or an art crawl on the stage—ways to get everybody involved,” Sherburne said.

Another student pursuing community theatre is Ajah Williams, a senior working at Yellow Tree theatre—a performing arts collective founded in 2008 by a theatre arts couple looking to fill the void of theatre in the Northwest Minneapolis suburbs. Currently, Austere Van, former Hamline University Theatre and Dance resident from winter 2020, is heading the production Williams is involved in.

“I’m actually working at Yellow Tree theatre right now on their production of “Sherwood.” So I’ve been doing that for the past couple months here. I’ll be working on another one of their shows come J-Term,” Williams said.

Williams is graduating in spring of 2022, and plans on working at Yellow Tree theatre under Austene Van, and cites the creative freedom and expression as one of the greatest strengths of professional theatre.

“Professional theatre is very different from academic theatre. I’ve come to my conclusion as a stage manager that academic theatre is like community theatre in that there’s a lot less huzzah than it could be. The differences in professional theatre versus educational settings is so contrasting. The rehearsal process is much faster. “Sherwood” only rehearsed for three weeks versus the usual two months. We opened during September and have kept going into October,” Williams said.

“There isn’t an artistic director in academic theatre, so there’s a harder situation to navigate. I have a lot more agency professionally. There’s protocol and a baseline standard as for the theatre industry. But I don’t have to dot my i’s and cross with t’s with faculty,” Williams said.

For those interested in community theatre, both organizations provide ample opportunity to get involved in productions if the schedule of academic theatre does not provide enough openings to join.