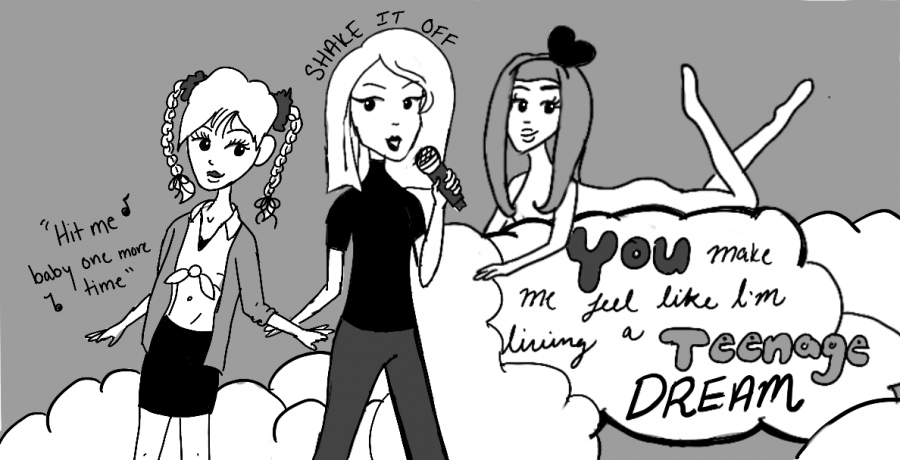 Britney Spears’ “…Baby One More Time.” The Weeknd’s “Blinding Lights.” Taylor Swift’s “Shake it Off.” Justin Timberlake’s “Can’t Stop the Feeling.” Katy Perry’s “Teenage Dream.” We all enjoyed these tunes, but few realize that the same musician wrote or co-wrote each one of them. These chart-toppers – along with 20 other Billboard hot 100 number one hits – all have their claim to fame with Swedish songwriter Max Martin.

Who is Max Martin? Karl Martin Sandberg is better known by his stage name, Max Martin; that is, when he is named at all. Max lives a quiet life, turning down even a fraction of the fame that could be his, instead preferring to give it to the singer. In a similar way, he tends to be reticent regarding his approach, making it difficult to determine what is behind his profound success. However, in one interview with Pacific Standard, he said what might be considered the most revealing insight in his stunning accomplishments: “I have public music education to thank for everything.”

Everything. Powerful words coming from a 21-time grammy nominee.  What exactly is Swedish education doing that would imbue Mr. Martin with such profound gratitude for its tutelage?

Swedish music education carries a number of novel approaches, but perhaps the most critical aspect is simply its presence. Sweden prioritizes its music education as a necessary and integral component – much the same as any other staple such as mathematics or literature – rather than an extracurricular add-on. In this regard, America might do well to up its game.

Yes, U.S. schools have music education programs, but often they are lackluster in performance and transitory in effect. American schools may be producing many things, but they are not creating profound musical literacy. The recorder we used to play Hot Cross Buns tends to collect dust after we graduate middle school [note: this is NOT an appeal to resurrect the recorder in high school. I may have tried that – with expected results].

Some would argue against the Swedish model, in an attempt to uphold the simplicity of reading, ‘riting, and ‘rithmatic, music education should be kept to a minimum, or even relegated to non-school venues. The arguments are compelling. It would prevent a rise in education tax dollars and would focus music education on those truly interested.

But perhaps that relegation is the problem. If we leave music to those truly interested – and this is ignoring the limitations of those interested but lacking the wherewithal to pursue quality education – we defeat the entire benefit of the Swedish music education. The point of Sweden’s education is so that those set on becoming professional musicians as well as those not so inclined can both gain knowledge and experience in music. This is the heart and soul of the curricular structure.  Furthermore, some students might not even realize what enjoyment they find in music until after they dive deep into it. I was one such student.

Music education clearly would be advantageous, but detractors may point to this being the start to an ever-increasing addition of “advantageous” subjects. What next, hot air balloon piloting?

To counter this, we must recognize that music is not merely an add-on, but represents something integral to our way of life across the globe. It appears fundamental to our humanity; in fact, according to ABC Radio National, it is hard for ethnomusicologists to identify any culture that exists or has ever existed without music.. Given this fundamental aspect, perhaps music ought to be treated with more significance than our so-called staple subjects. [As for hot air balloon pilots, comparably.com lists the “top 80% making $147,890”, leading me to ask, why aren’t we teaching this?]

Admittedly, the appraisal of elementary Swedish music education is a niche topic and thus makes a generally poor column choice; but on second glance, the topic might be extremely relevant to us.  Though we may have faced an inferior elementary education, we attend a school with a fine arts requirement – a perfect time to wet our feet with music. Given the Hamline plan F, we are required to take 8 credits worth of fine arts; what better use of that than exploring music we would have otherwise missed out on?

It’s often easy to view the Hamline plan as a mere hoop to jump through; I’ve certainly thought that way at times. However, I would encourage all of us to view the Hamline plan F as a way to enhance a music education that may not have been effectively instituted in our earlier years. I have found ensembles to be particularly stimulating, such as my time with the jazz combo and my current involvement in the A Cappella choir.

The benefits to ensemble work are wide ranging: increasing musical fluency, strengthening new connections in the brain, gaining skill on an instrument, and simply having a good time, among other things. We might not be able to achieve the education provided in the way Sweden does – at least not yet –  but we can start by increasing the musical experience we have here at Hamline. To use a Max Martin lyric made popular by NSYNC, “I want it that way.”