The age and history of Hamline have led to many ghost stories told by students throughout time. 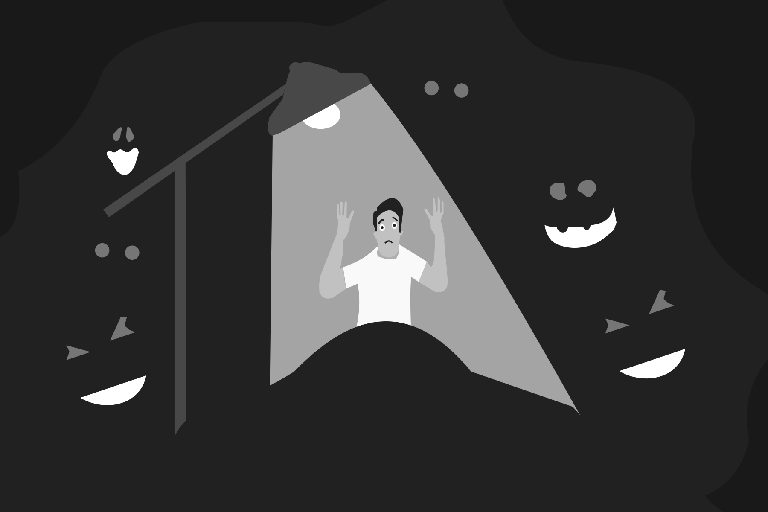 For this story, we are all going to be under the assumption that ghosts exist. Now that we are on the same page, It’s no secret that Hamline is an old university with lots of history. Many buildings here on campus have served many functions. This is the perfect opportunity for ghosts and hauntings to occur.

Manor hall has always been a hot spot for spooky stories told by students. It is the oldest of the residence buildings here, and the third floor seems to be the most active place in the building. There have been many stories of people hearing footsteps through the halls and opening the door to see no one in the hallway at all. These footsteps occur on the third floor and residents on the second floor often hear the footsteps above them as well.

Another story of the Manor third floor is one of a girl who left her room and had no reason to bring her ID or room keys with her. Sometime later she returned to her room but found it locked. Her roommate was out of town for the weekend and too far away to return and open the door. She had to call Public Safety to get her room unlocked and it was found that nothing was disturbed, her keys right where she left them.

Yet there is something even scarier within the walls of Manor. Found on the first floor is a common room, commonly referred to as The Great Hall because it looks like Hogwarts. Throughout the area are paintings done by students, and right above the fireplace lies a particularly terrifying painting. A bunny with the eyes of a bug is very off putting and its eyes seem to follow you wherever you are in the room. This bunny was painted by Sheila Thelen from the class of 1991.

Hamline’s oldest building, Old Main, once held the entire university within its walls. Due to the age of the building, many mysterious occurrences have been reported in it. One of the most well known seems to be a mysterious piano player in the third floor auditorium. The story goes that a man was being cheated on by his wife, and he was saddened about this. But he knew that she was leaving him soon for another man. This man supposedly went to play one last song.. Students claim that you can see the shadow of his ghost or hear his piano playing in or around the auditorium.

In the same auditorium is yet another painting whose eyes follow you and leave you with an unsettling feeling. This is a painting of George Henry Bridgman, one of Hamline University’s former presidents who served from 1883 to 1912. The auditorium is also named after him.

The last, and honestly weirdest, haunting tale Hamline students tell each other is about a ghost haunting Drew residence hall. Now this is not a full ghost, it is a ghost hand.

There are mixed origins about this ghost hand, one telling has a first-year who was messing with the elevator. The doors closed and cut his hand off. The other origin is that a repairman or facilities worker lost his hand in a mishap with the elevator. Whatever the origin, the story told in Drew at night is that the hand is still looking for its body. It makes things fall off of walls, tickles feet and can be heard making its way down the halls.

As the spooky season comes to an end we hope that all Hamline ghosts have a happy Halloween.