The Hamline community discusses its own online culture after the Dean of Students sent an email on cyberbullying following the creation of several Hamline Instagram accounts. 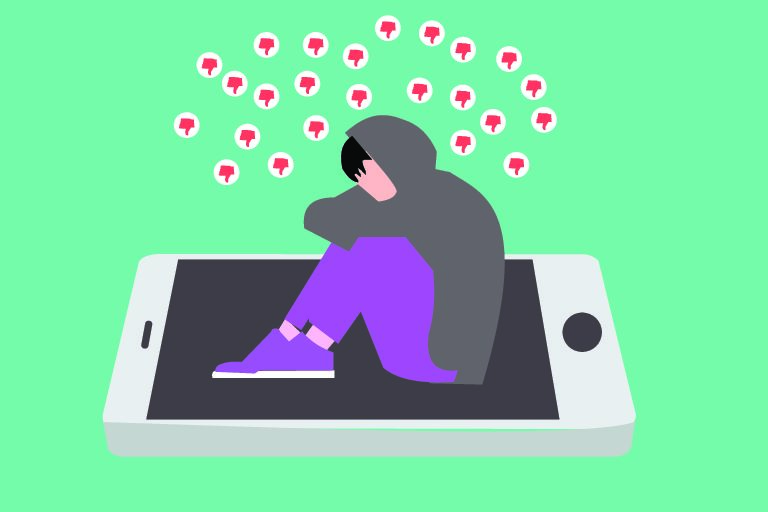 The anonymous Instagram account “@gossipgirl_hamline” entered the online Hamline culture to immediate controversy a few weeks ago. The self-titled “source into the scandalous lives of piper elites” encourages students to send anonymous tips to “expose” their classmates through a Google form in their bio.

The username “@gossipgirl_hamline” appears to be a nod to The CW Television Network’s teen drama series, “Gossip Girl,” which has recently been repopularized by the 2021 sequel series on HBO Max of the same name.

“Gossip Piper here, I’m here to do something that Hamline Confessions is to [sic] afraid to do. Spill your deepest darkest secrets, and by name. Just so you’re all aware, I’m here to play nice. For now. Xoxo, Gossip Piper [kissing emoji],” their post reads.

“@Hamlineconfessions” is also an Instagram account that encourages Hamline students to submit anonymous confessions “about anyone and anything at Hamline,” as their own Google form says.

“@Hamlineconfessions” attested in an interview over Instagram direct messaging that they don’t want to “bully or target specific people with this account.”

The anonymous account owner explains that they only post confessions that reference people by name if the confessions are “tame in nature,” and believes that their refusal to post more incendiary and specific confessions inspired “@gossipgirl_hamline,” who did not respond to the Oracle’s request for comment.

“There are aspects of accounts like hamlineconfessions that I personally really enjoy … they are spaces for common experiences to be shared positively … besides one instance, they have refrained from posting names,” Sedarski said.

Sedarski believes that “@gossipgirl_hamline” has contributed negatively to the Hamline online culture, and labels it as bullying. He notes that there should potentially be a space to “expose” some people, like bigots, but doesn’t think that was the purpose of “@gossipgirl_hamline.”

Prompted by concerned letters from students, Dean of Students Patti Kersten sent an email to all students on October 25 titled “INSTAGRAM WARNING,” in which she condemns “@gossipgirl_hamline” for having “the potential to cause extreme emotional harm” to students. She lists possible effects of cyberbullying and encourages any students affected by “@gossipgirl_hamline” to report it to the Dean of Students office.

Although Kersten only mentioned “@gossipgirl_hamline” in her email, Hamline students were quick to mention other Instagram accounts, including “@hamlineconfessions” and the now deleted “@hamlinebackgrounds” account.

“@Hamlinebackgrounds” follows in the footsteps of a TikTok trend, where anonymous TikTok users post aerial, candid videos of pedestrians and create fictional names and personas for them. Although the trend largely consisted of accounts from large universities, it trickled down to Hamline a few weeks ago.

In the account’s short life before getting taken down or deleted, “@hamlinebackgrounds” posted two videos of identifiable Hamline students with fictitious names.

“From my impression, [“@hamlinebackgrounds”] is centered around full-on harassment and bullying,” sophomore Max Ridenour said. “Seeing this page made me feel incredibly on edge and uncomfortable. Not to mention, the ‘jokes’ that are meant to accompany these videos are fictitious and mean-spirited hypothetical situations that play off the physical appearances of the people in their posts.”

In a video of two students, “@hamlinebackgrounds” labeled one student as “low key homophobic” and both as “on their way to [S]tarbucks to make the women who work there uncomfortable.”

One of the Hamline students in the video identified himself as Avery Nelson. Nelson, a Hamline senior and president of the Student-Athlete Advisory Committee didn’t take the video too seriously, as he thinks he has demonstrated during his time at Hamline that he isn’t a homophobe.

“Obviously it doesn’t feel awesome … but I really didn’t take it too seriously. The only thing I was a little upset about was that I had just gotten a haircut that I really liked the day before and I was then self conscious that my haircut made me look like a homophobe,” he said.

“Because of [COVID-19], it’s possible that the incoming students didn’t quite get it out of their system in high school and still feel the need to do this type of immature behavior,” he said.

Hamline students’ reactions to “@gossipgirl_hamline,” “@hamlineconfessions” and “@hamlinebackgrounds” has been mixed, with some students expressing outrage, and others expressing disdain.

“I feel as though these unofficial accounts are an invasion of privacy,” Sophomore Carmen Garcia wrote. “They spread information about students that may be false, manipulated, or extremely personal. They are detrimental to the student community and can be a leader in some serious mental health issues.”

This sentiment is shared by Director of Counseling Services, Hussein Rajput.

“Research suggests that cyberbullying is linked to depression for students (and that LGBTQIA students are targeted at higher rates than others),” Hussein wrote in an email to the Oracle. “Anyone seeking support after experiencing cyberbullying is welcome to contact Counseling Services at 651-523-2204.”

Although Kersten notes that since the accounts are all anonymous, there’s not much that the university can do, Sedarski and Ridenour hope that administration continues to listen to students and monitor the online Hamline culture in case the issue becomes more serious.

Nelson, on the other hand, believes they will be self-policed by the community. However the situation evolves, escalates or resolves, many students hope that it has been a learning opportunity for the Hamline community.

“These accounts have provided a clear reminder to avoid creating and perpetuating these cultures,” Ridenour said. “As a student collective, I feel that we should all uplift each other.”

Although there may always be students hoping to perpetrate a culture of drama and gossip, Kersten noted that many students unified to report “@gossipgirl_hamline” to Instagram, as well as write to notify her of the situation.

She encourages students to think about what they are posting on social media, because, when done right, the messaging “can be positive and uplifting.”

Note: If you have been targeted by anonymous Hamline Instagram accounts, please report it to the Dean of Students office. For victims of cyberbullying, Counseling and Health Services offers confidential support.