Two millennials were newly elected to the board of Saint Paul Public Schools, alongside the Chair and Vice-Chair of the board, amidst a tenuous proposal to change and close schools for the 2021-22 school year. 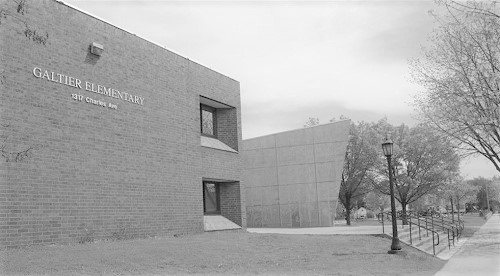 Galtier Elementary school sits 0.7 miles away from Hamline Univeristy and offers prekindergarten to fifth grade options for the surrounding neighborhood.

“It was really my work with young people and thinking about what it looks like when [we have people in] positions of power, who are excited and ready to work alongside folks, that that motivated me to run,” Henderson said.

Vue topped the candidates as the night’s highest vote winner with 23.93 percent of the vote, Henderson came in second with 21.54 percent and Ward finished in third, securing the last four-year seat of the night with 20.09 percent.

“I used to work as a middle school social studies teacher, and I really loved the work, and I decided to make a career out of education because I think it’s really important that we support our students and make sure that they have the opportunities that they need to learn and to grow, and to, you know, pursue their dreams, whatever other things are for every individual student,” Ward said.

In the closing weeks of the campaigns, “Envision Saint Paul Public Schools” (SPPS), a collection of recommendations made to the Board of Directors by SPPS administrators, became a highly contentious issue for the campaigns. The Envision SPPS plan would affect more than a dozen schools in the district. In the Midway specifically, Gailter and Hamline Elementaries would merge, and Gailter would be closed. LEAP High School is an alternative high school to serve new Americans, refugees and immigrants up to 20 years of age who are English learners; if approved by the school board, LEAP would close and those students would move to traditional area high schools.

Chair and Vice-Chair Jeanelle Foster and Jim Vue supported Envision throughout the race, Henderson and Ward both have concerns about the plan and do not support it in its entirety.

Clayton Howatt, who was running against Foster in the Special Election, is a parent and activist who fought to save Galtier Community School in 2016 when the board was considering its closure. The winner of the Special Election would be the only candidate from Tuesday’s vote who would have a voice in the Envision vote.

Ward and Henderson will not be seated until January when their term starts. Since Foster won the Special Election, her term could start immediately vacating her current seat and leaving the board down a member until January. Because of this Howatt would have been the only newcomer to have a vote on Envision, and tried to frame the race as a check on the Envision plan, a message that ultimately was unsuccessful against a popular incumbent. Foster won the race with 56.9 percent of the vote.

This means an outgoing board will vote on a decision that the new incoming board will be forced to implement, and deal with the ramifications of.

SPPS wanted to ensure a vote on the Envision framework prior to January and February when many families in the district make decisions on schools for the next academic year, the vote was originally slated for November 30th, but has since been pushed back to December 1st, after some parents argued the vote does not comply with Minnesota law that requires a two week notice for any decision around school closings.

“A lot of thought and effort went into this plan. People who care a lot about our schools and who really want what’s best for the district built this plan and are presenting it and advocating for it,” Ward said. “At the same time, there are parts of the proposal that I’m taking issue with, partly due to substance, partly due to procedure… It wasn’t put out to the public in any sort of substantive or real way until October. So it’s only a month or two that nobody really gets to see this and to weigh in. They’re coming forward with frustration and saying that they don’t want their schools closed and they’re raising what I think are very valid and real concerns.”

While Saint Paul  races towards a vote on Envision, activists and parents seem largely against the plan. “Save Wellstone” signs have begun popping up throughout neighborhoods, and during a November 11 listening session parents, elementary students, teachers and new Americans alike pleaded with the board for hours to vote no.

One parent even threatened legal action in federal court, alleging that the board would disproportionately be displacing students of color if Envision were to pass.

“I don’t see school closures as ever being a path to building equity. I think Envision is attempting to answer the question we’ve had for a long time; why do we have less equitable schools, right? Why do we have schools without extracurriculars, without additional service that our students and communities really need and ask for?” Henderson said. “But the way that it’s being addressed, is that the answer to those questions is to close down buildings and I disagree with that.”