After this year’s Diversity Summit, students and faculty reflect on the experience and key takeaways from the day. 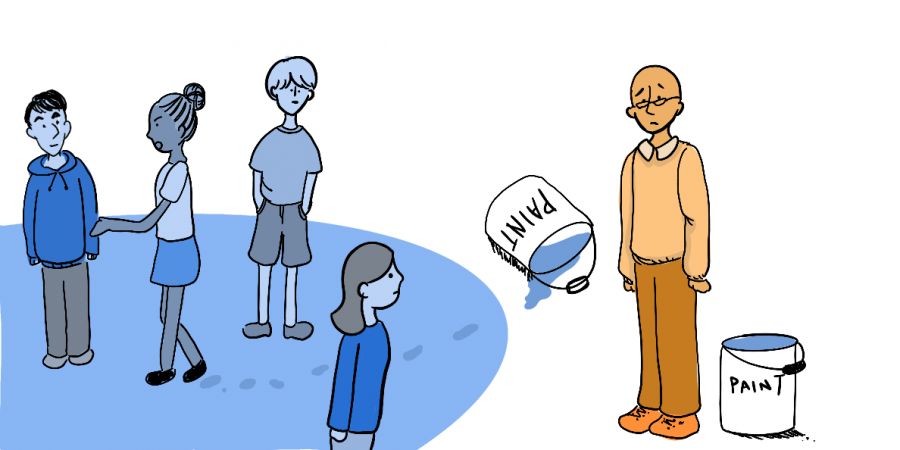 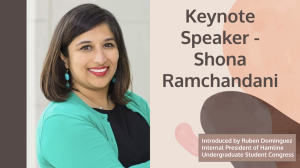 For student leaders who attended, the Diversity Summit gave insight on how groups have dealt with assimilation.

Junior Misha Ram notes that it is normalized for BIPOC to “‘water themselves’ down to meet the criteria of others.”

Ram attended because she is involved with the Asian Pacific American Coalition (APAC) which is part of the Multicultural Alliance, who helped host the summit. Ram added that she was excited about a seminar regarding diversity at a predominantly white institution.

At the summit, attendees watched a TEDx talk by Shivansh Srivastava titled “the ABC’s of Assimilation.” In his talk, Srivastava spoke of his experiences in the “great melting pot” of America, where he often faced pressure to let go of his culture “in exchange for acceptance within the broader community.”

He explains that it was difficult to decide between assimilating and preserving his culture, but has now “truly assimilated by embracing the best of both cultures.”

Now, he has a simple message for listeners: “Be tolerant of those who wish to preserve their culture (as well as those who do not).”

Among the in-person speakers at the Diversity Summit was Shonda Ramchandani, a former Hamline student and HUSC president. Ramchandani spoke on her experience being an international student at Hamline, and the culture shift of leaving India, which is much more focused on society as a collective, and coming to the US, which is more focused on the individual.

RRamchandani’s talk also included interaction with the attendees. She asked student attendees if they ever felt the need to fit in, and most of the room raised their hands. At the end of her talk, she asked everyone how they will combat assimilation in the future, and received responses like “including unheard voices” and “combatting fear.”

Mya Severson, a Hamline senior and the HUSC Public Relations chair was one of this year’s attendees, and found the opportunity valuable.

“This event is, and has always been, beneficial for Hamline. My peers at other universities are always impressed that Hamline has an event like this,” Severson said. “Hearing voices from Hamline speak about race and religion is so important to better understand all the walks of life in our community.”

HUSC executive officers like Severson are required to attend the event, but she notes that she values it and would have gone regardless of her position.

Besides Ramchandani, Hamline professors Nurith Zmora and Samuel Imbo spoke about their experiences. Professor Imbo, the chair of the philosophy department, told attendees about his life journey, immigrating from Kenya to the United States.

“I realize that the path I took is bound to be different from that taken by others,” Imbo wrote to the Oracle in an email. “It is only in listening to the differences that we can begin to see the big picture.”

Zmora, a history professor, spoke about the history of antisemitism and her own experience. She  spoke about her personal experience to fight back against the antisemitic ideas she’s heard from students’ work during her time at Hamline.

“As a person who proudly belongs to an ethnic and national group that has history, language, religion, and culture of its own for the past three thousand years, I find it ridiculous to defend my Jewish identity in the 21st century,” she wrote in an email to the Oracle.

“In the future, we will deal seriously with antisemitism on campus not only when we discover incidents of antisemitism but also through educating the community about their prejudices and false assumptions. The antisemitism I experienced at Hamline came from all parts of the political spectrum, and from all ethnic, religious, and racial groups,” she wrote.

Imbo, in turn, hopes that in the future, events like the Diversity Summits are attended by more students.

“We should all go out of our comfort zones once in a while. That is how learning happens,” Imbo said.

Students who attended the event believe that the Hamline community has work to do in terms of combatting assimilation.

“We have a long ways to go in order to have systems in place to make all people feel supported and welcome,” Severson said.

For Ram, she believes that Hamline has a range of diversity in the aspects of race, gender, sexual orientation and more.

“I’d want more acknowledgement of other cultures,” she said. “If we (BIPOC) are a selling point we deserve a lot more recognition than what we have been given or what we have to make ourselves.”