The biopic “King Richard,” depicting the life of Richard Williams, father to tennis champions Serena and Venus Williams, has received six Oscar nominations for the 2022 season, including Best Picture. 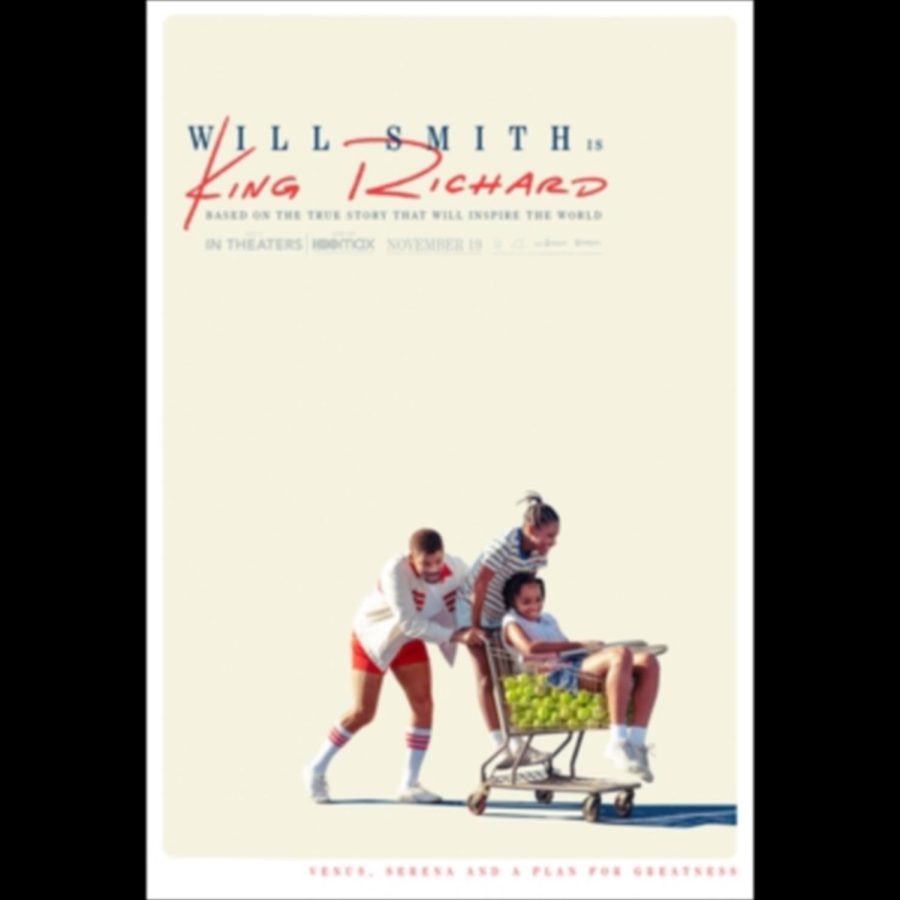 Serena and Venus Williams are two of the most accomplished athletes in the tennis world. Beyond their incredible skill, they were some of the first visible Black women in sports, and have maintained their activism while facing the unique intersection of misogyny and racism. Previous films such as “Venus and Serena” (2012) and “Serena” (2016) have focused on the lives of the sisters. The 2021 film “King Richard,” directed by Reinaldo Marcus Green, delves deeper into the role of their father, Richard Williams, played by Will Smith, who is largely credited for guiding his daughters’ to their early success.

The film’s timeline begins in Compton in the early 1990s, after Williams had married his then wife Oracene Williams (now Oracene Price), portrayed by Aunjanue Ellis. Smith and Ellis have both received Oscar nominations, for Best Actor in a Leading Role and Best Actress in a Supporting Role respectively. The two capture a complicated marriage, with both parents aiming to create the best life for their children, but often clashing in their methods.

Both Williams and Price are personally hard-working and ambitious, and they also push their children to embody these traits. The film of course focuses on showing this parent-child dynamic in Williams’ commitment to raise his two biological children with Price, Serena and Venus, to be tennis champions. Despite working night shifts, he spends time each day at the tennis courts with the girls.

It is important to note that Price’s role as a mother and second coach to the sisters can be overshadowed by that of Williams一who was most often interviewed by the press一but is no less essential. Opportunities that first came to Venus as the elder sister, are shown to have been Williams’ initial priority, but the movie shows Price continuing Serena’s training at home during this period.

What is captivating about how Williams interacts with his daughters, is that despite his high expectations for them, he is also immensely protective of their wellbeing. Throughout the film, Williams is often shown in conflict with the other adults in the girls’ lives. He frequently emphasizes that the most important thing is to have fun, even as Venus is on the path to becoming a professional player. In fact, Williams famously removed Venus from Junior Tournaments altogether for a few years during her adolescence, because he feared the pressure would consume her childhood一a move that at the time many believed would end any chance of her going pro.

Williams was regarded as a controversial figure in the tennis world for other reasons, although it is important to understand this public perception in its context of a Black family breaking barriers in an overwhelmingly wealthy and white institution. Tennis is a very expensive sport, but Williams was a smart businessman, and his headstrong nature and persistent marketing of his daughters’ talent was needed to finally open doors.

On more technical aspects, the film captures the 1990s in many ways, from the charm of the colorful sports fashion and the vintage Volkswagen that the Williams family actually drove, to the highlighting of serious events, such as the LAPD beating of Rodney King. The cinematography and editing shine during the many tennis scenes, excelling at capturing the intensity and excitement of each moment, while not draining the audience with repetition.

“King Richard” is an honest exploration of an intelligent and complicated man, who reckons with his own ego and trauma, while trying to create a better path for his family. The film has also been nominated for Best Original Screenplay by Zach Baylin, Best Film Editing by Pamela Martin and Best Original Song for “Be Alive” by DIXSON and Beyoncé. The 94th Academy Awards will take place on March 27. Keep an eye out as the Oracle plans to do more coverage of the Oscar nominations prior to the ceremony.