Fire in the Midway

A two-alarm fire caused a disturbance throughout the community after breaking out just blocks south of Hamline’s campus on Sunday, February 20 with no reported injuries. 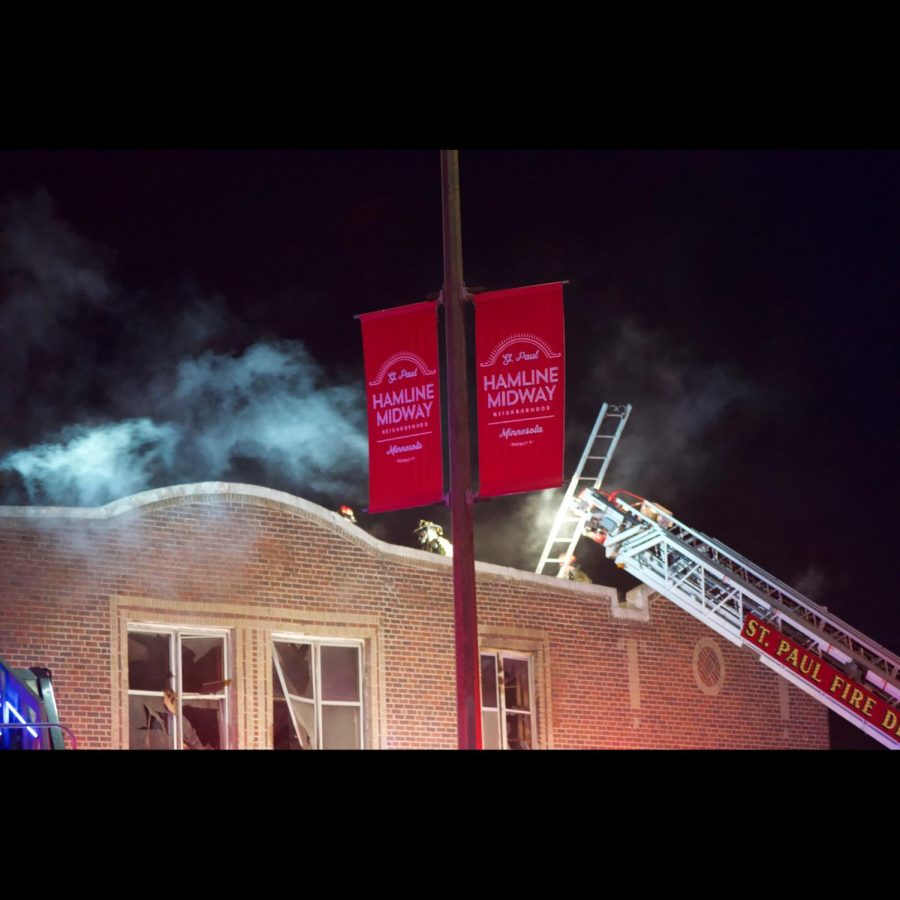 A fire broke out in a multi-level retail space just two and a half blocks south of Hamline’s Anderson Center at 678 Snelling.  The building is next door to Sole Cafe and Bella Beauty Salon, and across Snelling from Vape Pro’s and Kim’s Asian Market.

The blaze and subsequent smoke shocked the local neighborhood including Hamline students.

“There [was] a fire down on Snelling, I wanted to go and get some pictures to make sure it was documented,” Junior Nolan Sherburne said.

The building went ablaze around 6:30 p.m. on Sunday, February 20. Hamline University Senior Will Deery was walking on Snelling when he saw the commotion.

“We were on our way back from dinner, and I looked in front of us and there were a bunch of cop cars, and then a fire truck pulled in from behind us, and now we are just trying to see if our community is ok,” Deery said.

The space has been empty since it’s former tenant Dan’s Fan City departed the Midway. According to Ramsey County records, the space was acquired In January of 2021 by African Economic Development Solution for $300,000. AEDS also known as Little Africa Plaza LLC., hadn’t reopened the building or done many renovations since its acquisition, nor have they responded to requests for comment from the Oracle on the future of the space.

There was some speculation on Facebook that there were apartments above the retail space, however that claim was unfounded and the second story of the building is an office type mezzanine. There is also no indication that any unhoused people were living in the mezzanine, and the Saint Paul Fire Department reported there were no deaths or injuries from the incident.

The fire was classified as a “two-alarm” fire, meaning that after Saint Paul Fire Department arrived on the scene and determined that they needed more resources to tamp down the situation, they called for more units and trucks to respond.

Generally a single-dwelling unit is classified as a one-alarm fire, as the situation deteriorates, or the flames get bigger and worse more alarms are issued and hence the amount of resources needed increases.